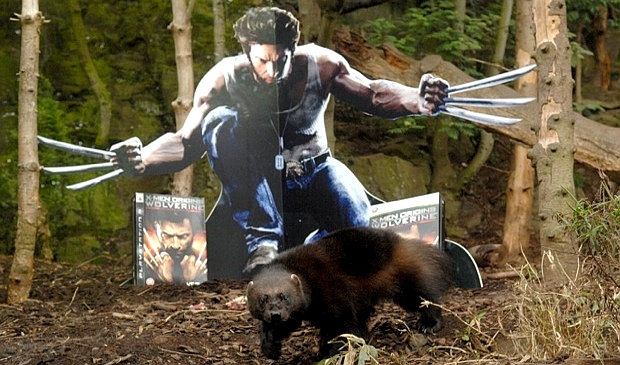 Oh, marketing. Apparently, The Edinburgh Zoo has “teamed up” with Activision to promote X-Men Origins: Wolverine. That picture only tells you half of the story. According to the press release, the Edinburgh Zoo also changed that poor little wolverine’s name to Logan out of “respect” for the mutant.

We’re left in the dark as to how receptive he was to the name change, but we’re guessing he’s happy with it. Just look at how happy he is.

OK, many of you might be thinking this stunt was a little overboard. You’re probably right. However, the Edinburgh Zoo recieved something awesome out of this little photoshoot. Activision laid down enough coin to keep the zoo’s wolverine breeding program going until 2010. Pretty nice, right?