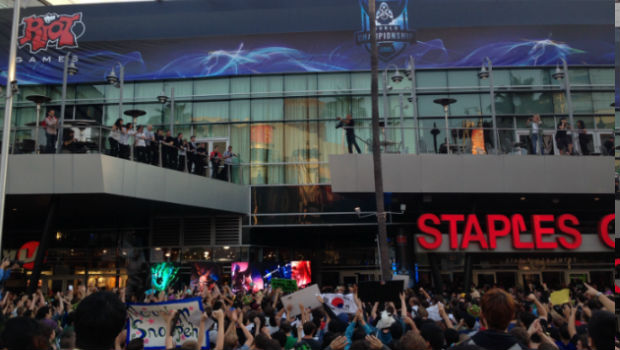 Straight from the Staples Center

The League of Legends Finals have came and went, live at the Staples Center in Los Angeles among a crowd of 13,000 fans. For those who are following along, Korea’s SK Telecom T1 toppled China’s Royal Club for a major win in League of Legends‘ third season.

$1 million is set to go to the winner, with $250,000 going to the runner-up. No matter how you feel about MOBAs or League of Legends in general, there’s no denying that there’s a huge fanbase out there, and that Riot Games has made a tremendous impact in the world of competitive gaming.

Take a look at the event for yourself!