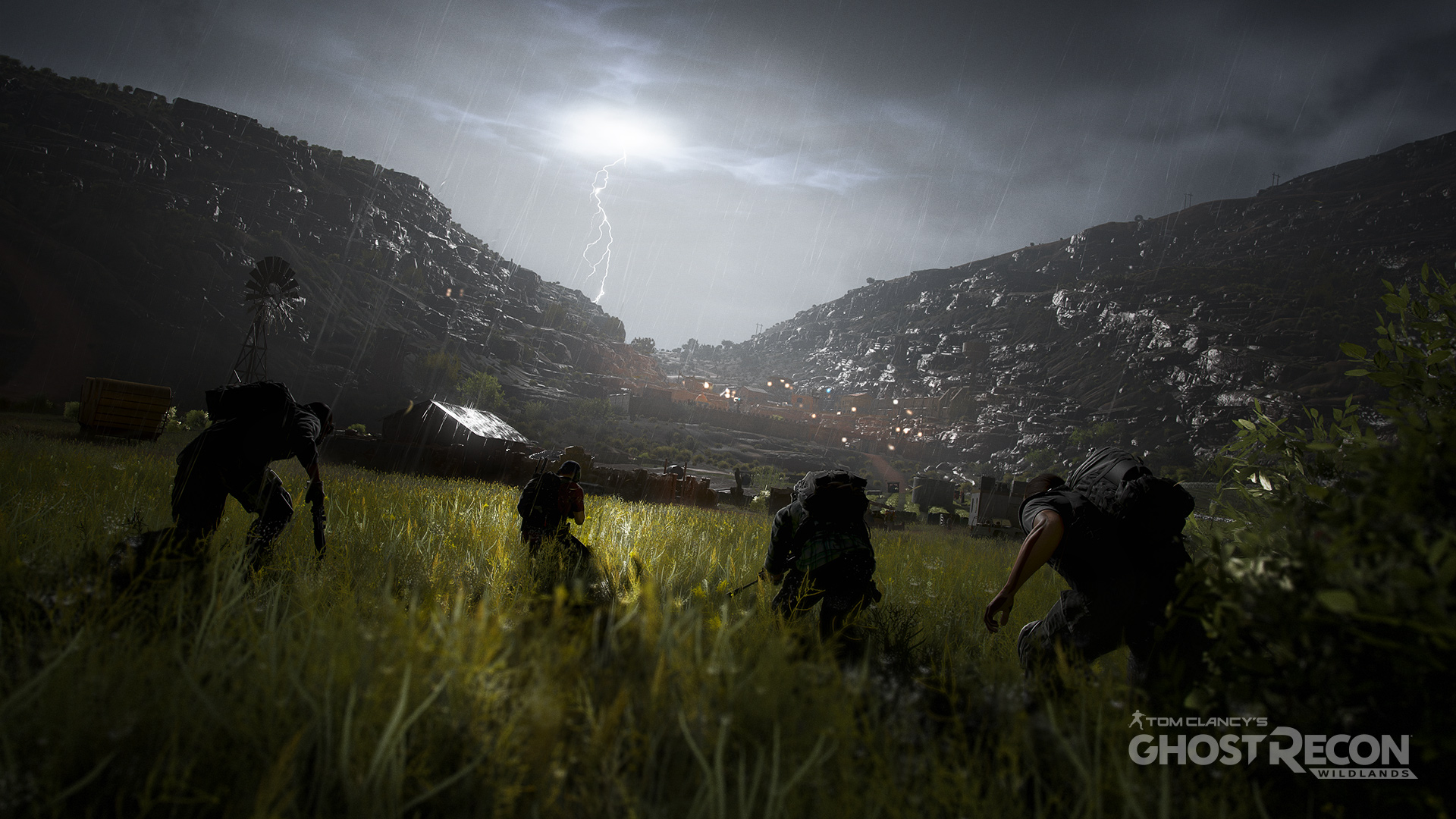 With the right conditions

This is another peek at the “proper” way to play Ghost Recon Wildlands, Ubisoft’s free-roaming cooperative shooter set in Bolivia. A squad of developers works as a cohesive unit, sneaking around a cartel encampment in the cover of a stormy night, and not one person spontaneously rushes in guns blazing. In a real-world scenario, there likely wouldn’t be such precision. Someone would totally screw up (or just plain screw around). And it probably goes without saying, but the AI can’t play this well.

I came out of E3 disappointed with what I saw of Wildlands. I like the concept, generally. Open-world games built for co-op goofing off can be good fun, and by next year, when this game releases, it will be in a better state. But even keeping the pre-release qualifier in mind, what I played didn’t inspire confidence. Convincing three friends to buy in for the best possible experience will be a tall order.