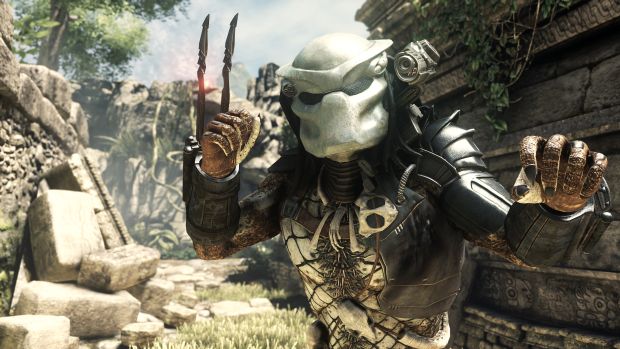 Call of Duty: Ghosts Devastation is now out for the Xbox One and Xbox 360 for $14.99. You get four new multiplayer maps, a new gun, a new chapter in the Extinction co-op mode, and most important of all, you can play as the goddamn Predator.

Like the Michael Myers transformation, you can become the Predator from the field orders stuff and you truly embody the Predator here. You get its thermal vision, invisibility, the claw, and even the shoulder mounted gun too. And when you’re killed you can blow yourself up, which kills EVERYBODY! You even do the evil laugh!

I’m starting to regret that I gave up on Ghosts’ multiplayer shortly after launch now.