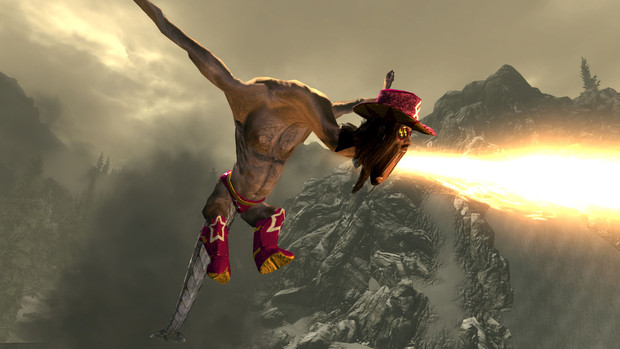 Some people like Skyrim. Some people don’t. From what I can tell, the difference between the two groups lies in their interest (or lack there of) in wandering around in a virtual landscape that earnestly attempts to recreate the appearance of “the real world”, while occasionally fudging with reality a bit, with things like dragons and the ability to shoot fire out of your hands. Some people are really excited about that concept. Others remain totally unimpressed.

This mod may be the thing that will brings those two groups together. There is absolutely nothing not to like about a giant, shirtless, winged, dead, professional wrestler coming down from the sky and breathing fire on a group of hapless victims.

I hope they do The Fabulous Moolah next.