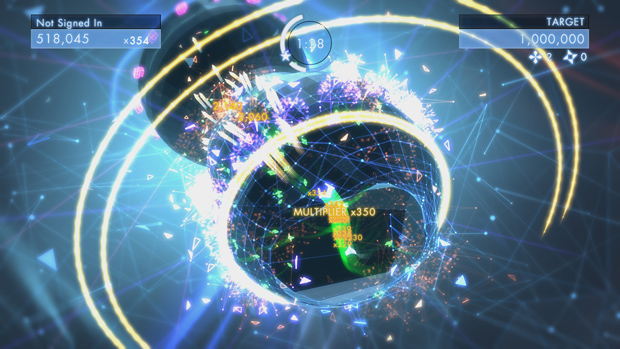 So that’s what they meant by ‘full 3D action’

We learned this week that Activision is reviving Sierra Entertainment as a publishing label and its first game will be a new Geometry Wars, developed by Lucid Games. As thrilled as I was at the prospect of another installment, early descriptions of “full 3D action” had me concerned.

One look at these screenshots, however, and my fears have been quelled — think Super Stardust HD, basically. According to a blurb about Dimensions, there’s also going to be competitive online multiplayer, single-player with 50 challenges, 10+ battle modes (five of which are all-new to Geometry Wars), and “dynamic and persistent progression.”

Also, Lucid is made up of former Bizarre Creations developers. I’m feeling hopeful!