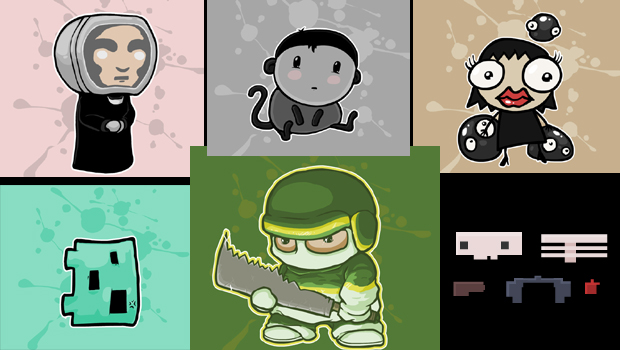 Super Meat Boy is jam packed with secrets, unlockable characters, and death dealing environmental hazards. Amazingly enough, the game might have been even bigger. If everything Team Meat ever intended for the game had made the cut, there would have been even more ways to die, more skulls, more cut scenes, and about ten more secret characters, including Knytt from Knytt Stories and Quote from Cave Story. Some of those characters were dropped because their creators declined to have them appear in the game (like Quote), some just didn’t fit, and others were intended to be unlockable in the ill-fated WiiWare version of the title. If Super Meat Boy is ever ported to the Wii U or the 3DS, I hope that at least a few of them get back into the game.

Come on, Pixel. Quote needs all the exposure he can get!

For more about Super Meat Boy‘s cut content (including a look at the hilarious intro of Tim from Braid), check the link below.