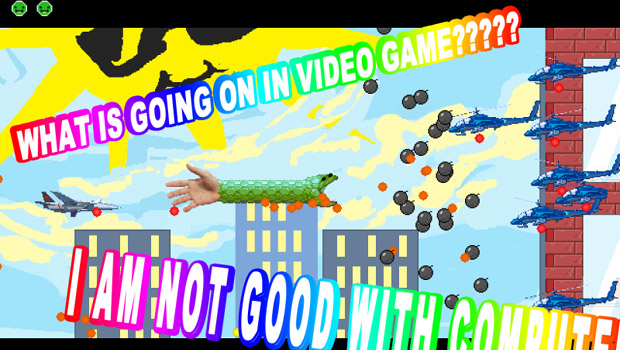 Everybody knows Snake. It has assumed many forms, has appeared on every platform from cell phones to friggin’ Gmail. It’s a videogame constant like Minesweeper — it just is. Isn’t it about time the formula was shaken up a bit?

During last week’s Global Game Jam, where small groups of developers whip up complete videogames in under 48 hours, a team consisting of Sebastian Janisz, James Montagna, Liana Sposto, Elliot Trinidad, and Jake “virt” Kaufman pooled their individual talents to create #Snake2. In this much-needed sequel, the titular snake takes to the skies, has a human hand attached to its tail, smashes through buildings, wields a machine gun, and battles a giant Butt King that fires shurikens and lasers from its anus. Naturally.

If you want to take #Snake2 for a spin, and I know you do, you can download it from the link below.