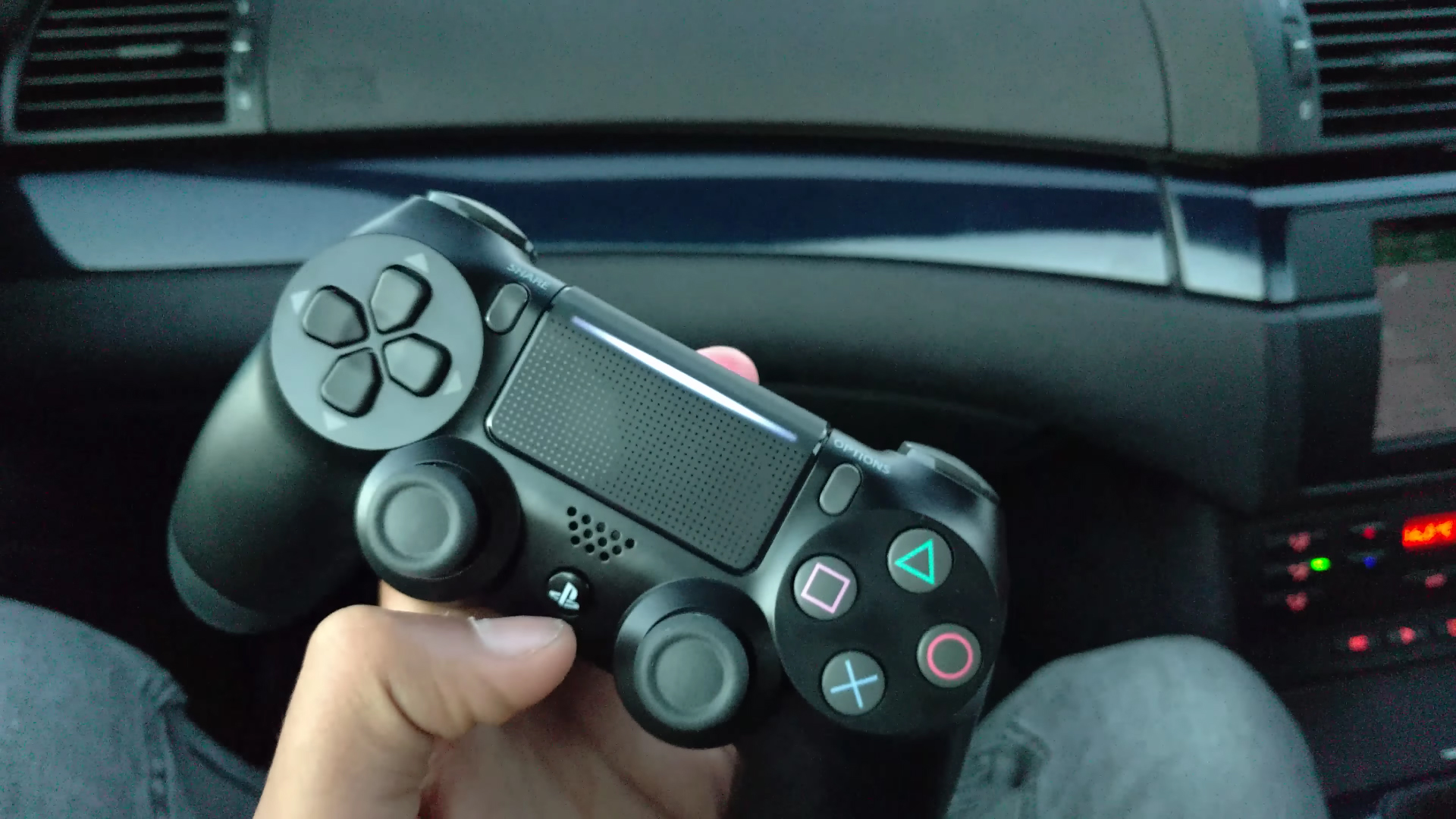 Now with an additional light bar!

[Update 2: The video is now private. Surely Sony doesn’t want its cat out of the bag, and seeing as these aren’t out yet then street date has certainly been broken, or these products are possibly stolen. Either way, the PS4 Slim is real and out in the wild, whether Sony likes it or not. Anyways, here is a GIF of the controller in action, fuck the police.]

[Update: The person who originally bought the slim PS4 and let Eurogamer get video of it has confirmed that the controller redesign is legit, and it sounds like it probably won’t impact the battery use.

@Jed05 I am not sure that it’s an additional light, It looks to be just a slim see through part on the touchpad which lets light through.

What a week for Sony. First the PlayStation 4 slim leaks, then it raises the price of PlayStation Plus, and now what is supposedly a redesigned DualShock 4 launching alongside the console has been captured on video.

If the video above is to be believed, then we will be getting an additional tiny light bar across the touchpad of the controller, meaning you’ll actually be able to see it now! While I think this is a great change, the $1,000 (or $60 in this case) question is whether or not this impacts the already abysmal battery life of the controller, or if it includes a larger battery.

I typically game on PC and Xbox One with Microsoft’s damned-near-perfect controller, but recently it seems like publishers are only sending PS4 code for review, forcing me to deal with my least favorite d-pad and short battery life. My fingers are crossed they at least popped in a larger battery. I’d drop extra cash for that, but I’m too lazy to mod it myself.

Now, give us an elite version with swappable d-pads and I’ll be very happy.