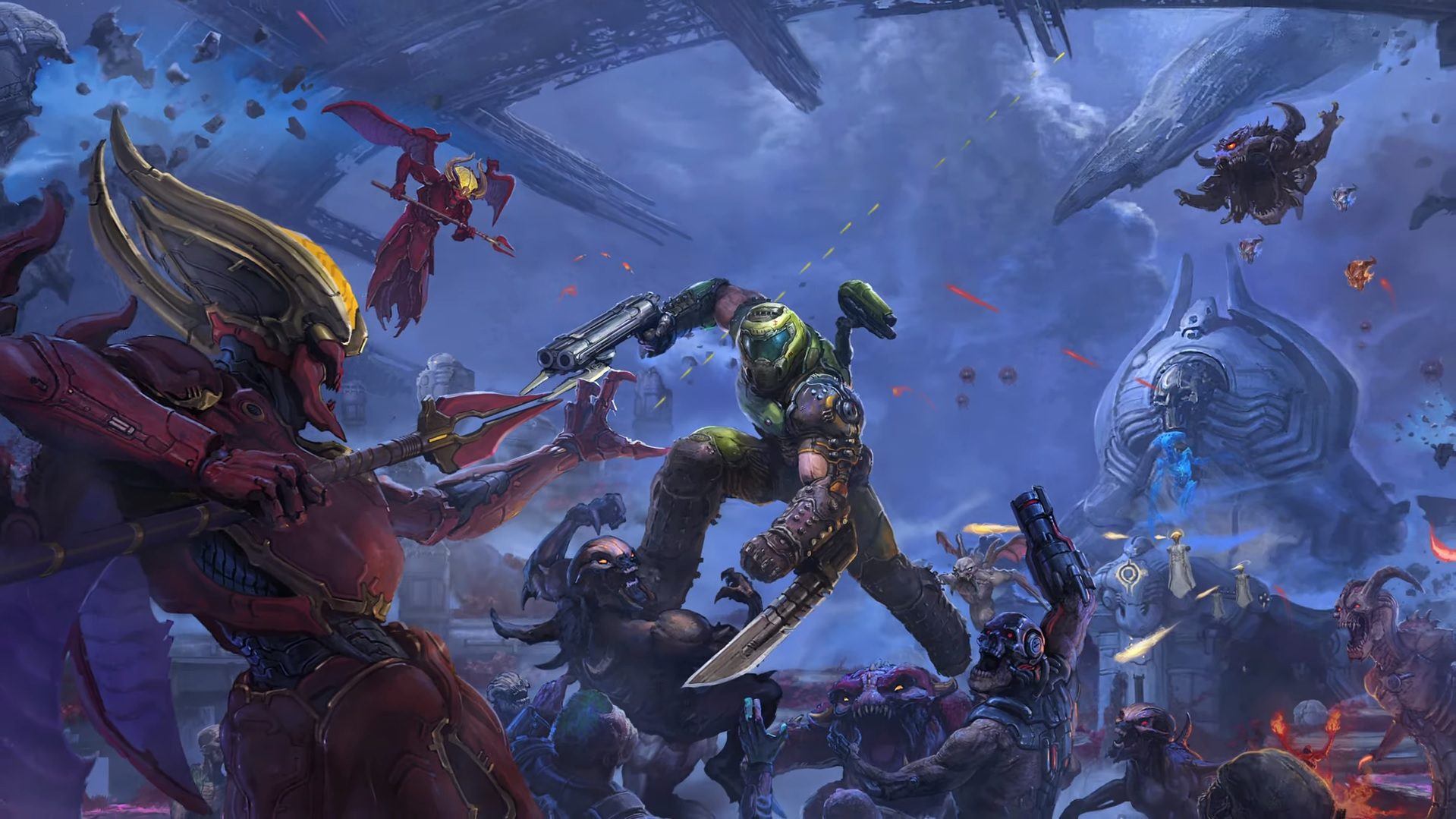 From Inferno to Paradiso

Everyone has to die in Doom, those are the rules. In Doom Eternal‘s story expansion, you’ll have some divine direction for all that bloodshed.

Titled The Ancient Gods, the Doom Slayer has a mandate from, umm, The Ancient Gods to restore order to their world. It’s angels and demons, but not in the way Dan Brown envisioned it.

For the first day of the at-home QuakeCon, Bethesda shared this Ancient Gods teaser trailer. Notably, it’s designated as “Part One,” meaning that this is a multi-part DLC. Think of it like The Divine Comedy which similarly started out in Hell before getting Purgatory and Paradise DLC.

Honestly, all this middleman action between Heaven and Hell reminds me of Darksiders. The proper reveal is coming at gamescom’s One Night Live stream at the end of August.