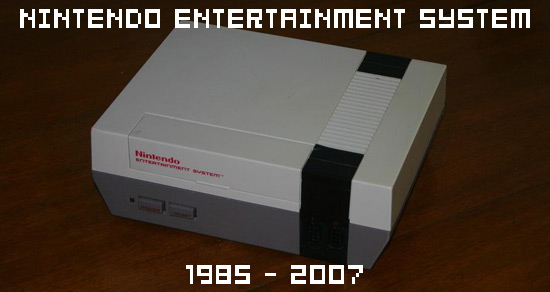 After 22 years (24 if you’re pedantic and Japanese) the NES is finally being retired by Nintendo. As of October 31st, Nintendo plans to drop support for the ol’ girl, wreaking havoc with the plans of twenty-something nostalgists the world over. In further gloomy news, Nintendo has revealed they will be ending support for the SNES, Nintendo 64, Gameboy and Gameboy Pocket lines in the near future.

Obviously this signals the end of an era, but unlike the final episode of M.A.S.H., this news is probably going to go unnoticed by all but the hardcore gamerati. All those ancient NES’ sitting in dorm rooms and basements belonging to those who don’t already know about Street Fighter 4’s announcement will eventually die, and when people cry out for help, Nintendo will no longer be there to hold their hands, wipe their chins and do that insane “here comes the airplane” thing with a spoon full of peas. You can’t fault them for not servicing the console indefinitely, but as CVG worried, this almost guarantees a jump in the number of faulty consoles floating around the murky, electronic waters of eBay.