But surely not the last

It might be a tad preemptive considering the Nintendo Switch is still over a month out, but someone went and got a tattoo of the system’s logo. Scwinsett shared his fresh ink over on reddit, noting, “Possibly a terrible decision, but hopefully the first in the world!” First we’ve seen, anyway!

This isn’t just a one-off, either. “It’s actually the first in a series of Nintendo logos I’m doing so it’s more about Nintendo’s history than it is about the Switch in particular,” he explained. “Even if the switch is a total stupid piece of shit, I still love Nintendo, and it’s still part of Nintendo’s history. Also we intentionally only used red so that we could easily cover it up later with something else.”

That reasoning checks out with me. More importantly, though, “The wife seems to like it.” 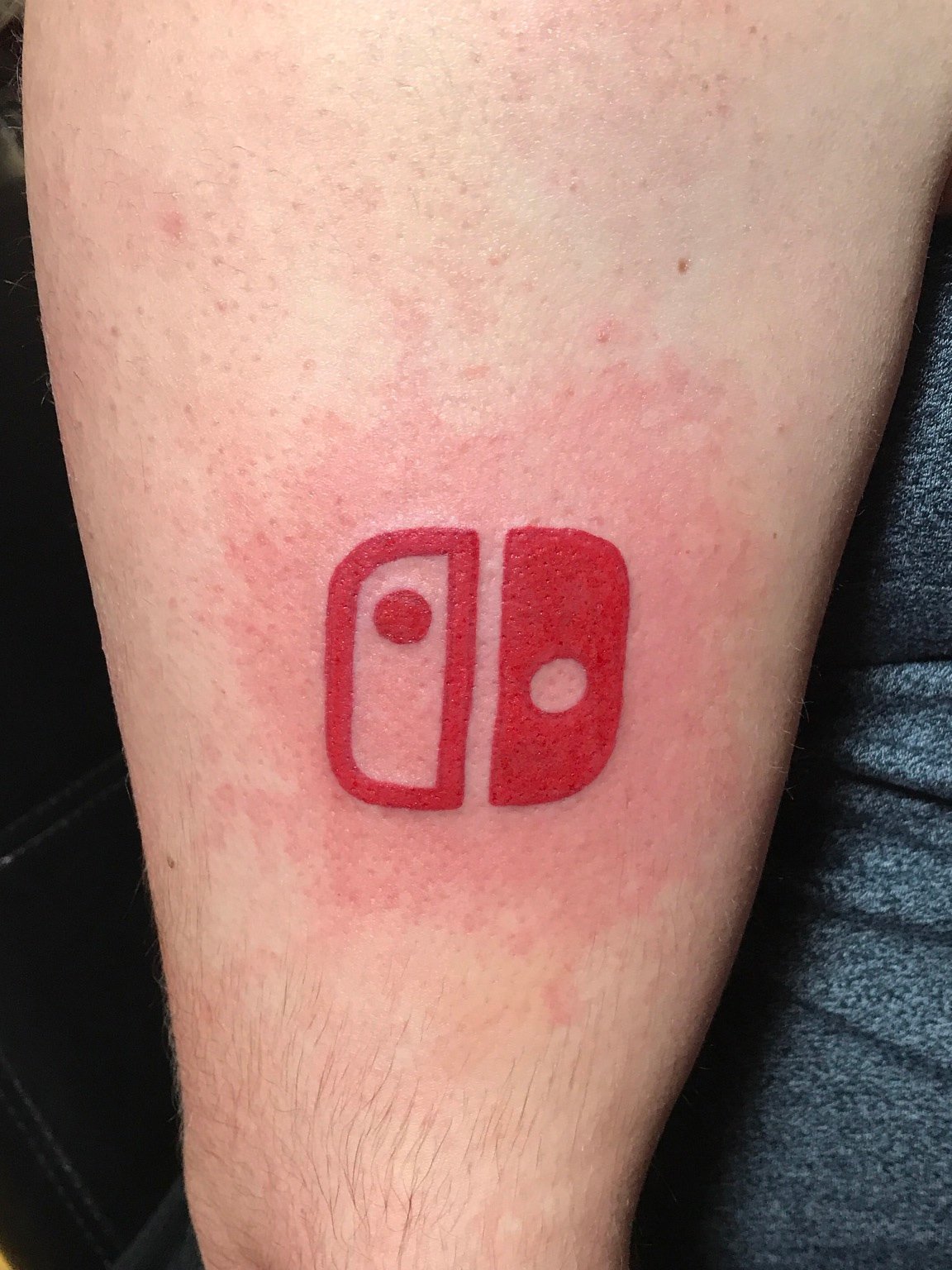 Possibly a terrible decision, but hopefully the first in the world! [reddit]

Filed under... #tattoos#Things gamers do