First off, they’re not required to play the game

Pokemon Rumble U dropped last week on the Wii U eShop, and surprisingly, it’s the first game that features the integration of NFC (Near field communication) technology on the Wii U. It’s a feature that’s been there since launch and one a few developers have dabbled in (including Ubisoft), but never used.

Because of this, a bunch of people have been asking me how the new toys for Pokemon Rumble U fit into the game. In the name of garme jurnalism, I went out and bought two to test out for the good of the realm.

So what is Pokemon Rumble U? Basically, it’s an arena-like game where you’ll face off, and eventually collect, tons of Pokemon from various generations. It’s more action based than the core RPG series, as it involves a lot of mashing, very few moves, and no exploration or trainers.

As you progress through the campaign, you’ll recruit more and more characters — but if you want to augment their abilities with in-game coins, you need to buy a physical figure and scan them into the game. Think of them as super-charged versions of the ones included in the base experience. 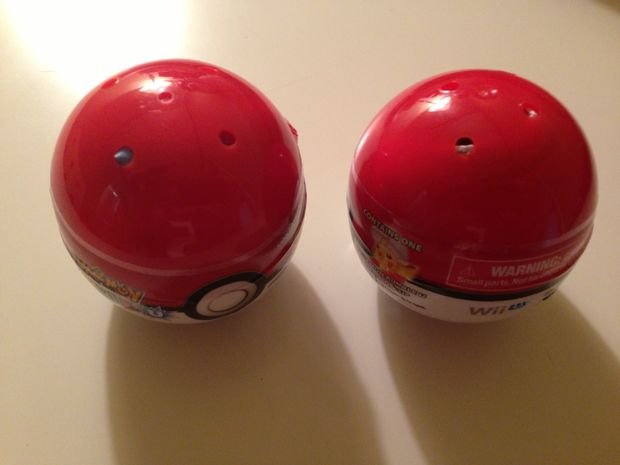 If you want to get in on the latest toy craze, your first step is to buy the Wii U eShop game for $18, then go to your local retailer and buy a blind pack for $3.99. Each pack nets you one random Pokemon from the following list. They come in plastic capsule-like Pokeballs, and stores usually have a display of them holding a large amount. 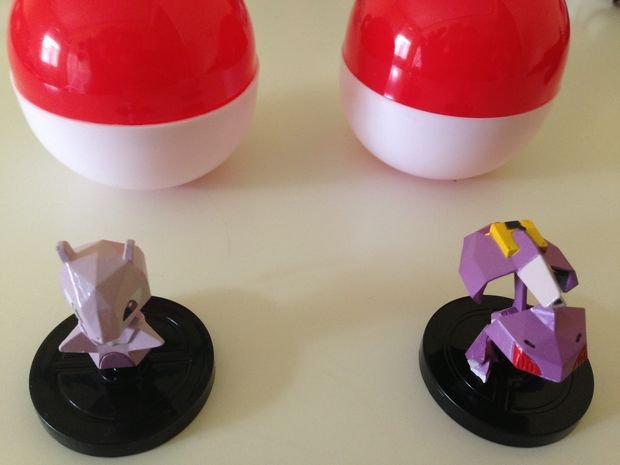 Luckily I ended up scoring Mewtwo and Genesect, two Pokemon I happen to like — phew! The figures themselves mirror the “wind-up toy” style in the game, and although they look decent, they’re very flimsy (Genesect nearly snapped in half as I was taking him out, so be careful when unwrapping them). 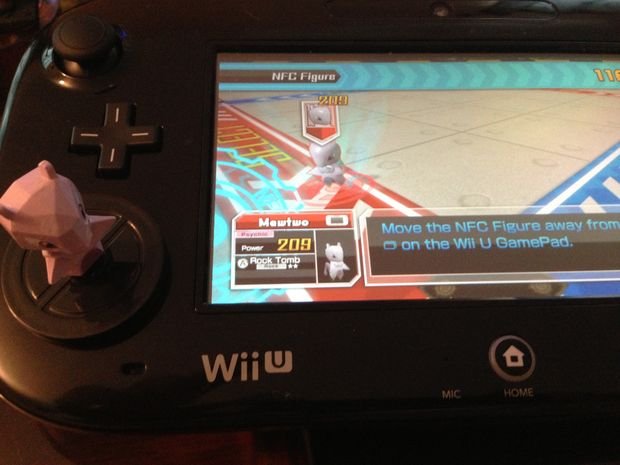 After that, all you have to do is boot up the game and place them in the lower left hand corner of the Wii U GamePad (shown above), which is the NFC scanning spot. You’ll scan the toys into the game one by one, and you’ll immediately be able to upgrade their abilities, change their attacks, or give them passive powers to give you an edge in the game. Thankfully, you can save your individual progress back into the character itself (like Skylanders or Disney Infinity) by placing them back on the NFC section when you’re done playing.

So far I’ve found out that it’s worked out rather well outside of the blind pack concept (I could have easily gotten doubles), since they’re not a required element of the game and add a bit of fun to it. Then again, I’m the type of person that has a Pokemon collection, so quirky things like this are kind of my forté.

If you want to read the full official instructions for the toys, you can find them here.