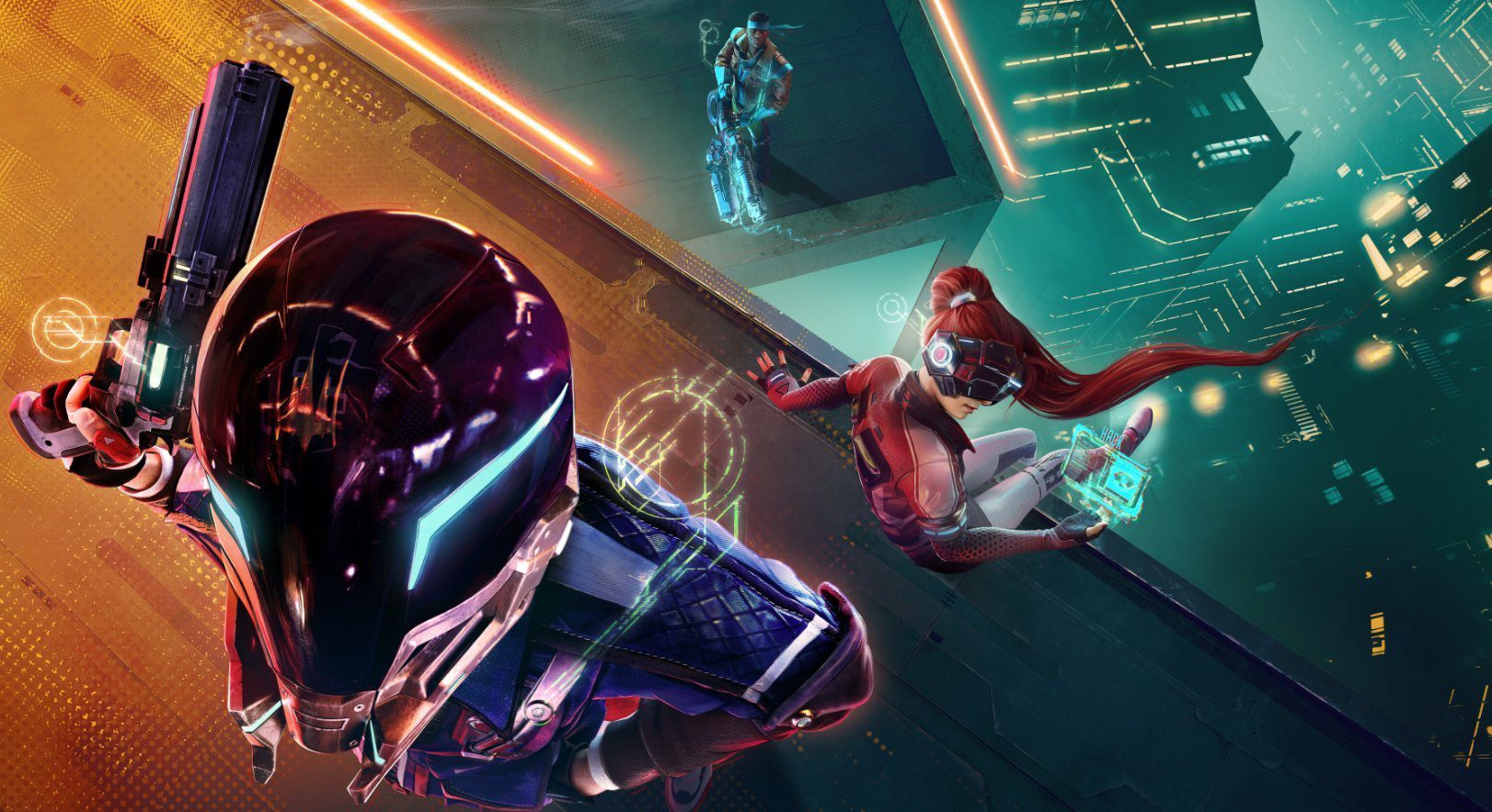 The worst-kept secret this morning is Ubisoft’s new free-to-play battle royale Hyper Scape. But, it’s unclear if it’s even meant to be a secret any longer. The tease might’ve crossed the threshold into reveal. It’s all too haphazard to tell.

Here’s the story thus far, which Eurogamer has done a good job to wrangle together. Rod Breslau, an esports insider, tweeted that Ubisoft Montreal is working on this first-person shooter battle royale:

Some additional tidbits from Breslau are that Hyper Scape is supposed to be “fast-paced,” it’s set in a futuristic world, it’ll launch on PC first with consoles coming later, and that it has deep Twitch integration in ways that haven’t really been done before.

Since then, Ubisoft has pushed a teaser site live that overviews a fictitious corporation called Primsa Dimensions. The messaging on the site reads as though Prisma Dimensions specializes in “offer[ing] an escape route to new dimensions” through “direct neural stimulation.” This, presumably is why the titular Hyper Scape exists.

However, this morning has also been rife with streamers tweeting images of Hyper Scape and then sometimes deleting them. As Eurogamer points out, it’s impossible to tell how much of this can be pinned on embargo breaking and how much is down to Ubisoft encouraging streamers to get in on the teasing.

Regardless, Hyper Scape seems very much confirmed considering this glut of leaks and obscured information. It’s said to be going into closed beta on July 2 on PC before going into open beta on July 12 (which is also the day that Ubisoft is holding its E3 replacement presentation titled “Ubisoft Forward”).

There are questions surrounding the finer details of Hyper Scape, and those should mostly be cleared up in short order. The biggest question, though, might take a little while to answer: Will Ubisoft be able to take a chunk out of the Apex Legends, Warzone, Valorant, and Fortnite market despite being one of the last to show up? That’s some stiff competition.