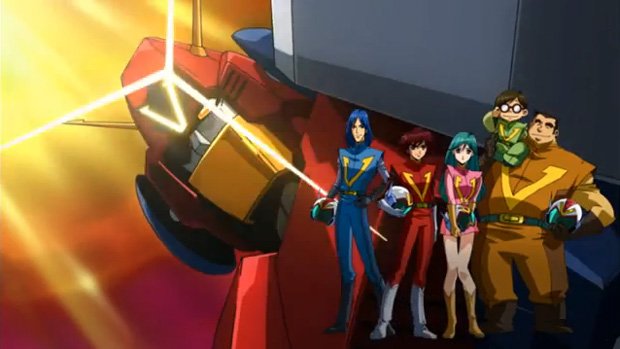 The above is an updated take on 70s giant robot anime Combattler V. It’s the precursor to Beast King GoLion — one of the shows adapted to become Voltron out West — and was also incorporated into the Shogun Warriors line of toys and comics. Regardless of your familiarity with the property, you have to admit this “remake” looks pretty hot.

But it’s not a “remake” in the usual sense. It’s a promotional video for a Combattler V pachinko game. Pachinko, you know? Those gambling devices in which you win ball bearings to be exchanged for redemption tokens which are in turn taken to shady back alleys to be exchanged for cold, hard cash. Basically, pinball crossed with slot machines and a dash of organized crime. And for reasons beyond my understanding, pachinko manufacturers find it crucial that big, honking LCD screens in the middle of the play field run high-quality animations far beyond anything you’d see in a console game or TV show.

These things are such unfair c*ckteasers. Remember that Ganbare Goemon promo from a short while back? The world is in desperate need of a Mystical Ninja game for a new generation, and this video got us all excited. Then it turned out to be a friggin’ pachinko game, and I could feel a thousand pairs of nuts being kicked simultaneously. Why do you do this to us, Japan? Why!?