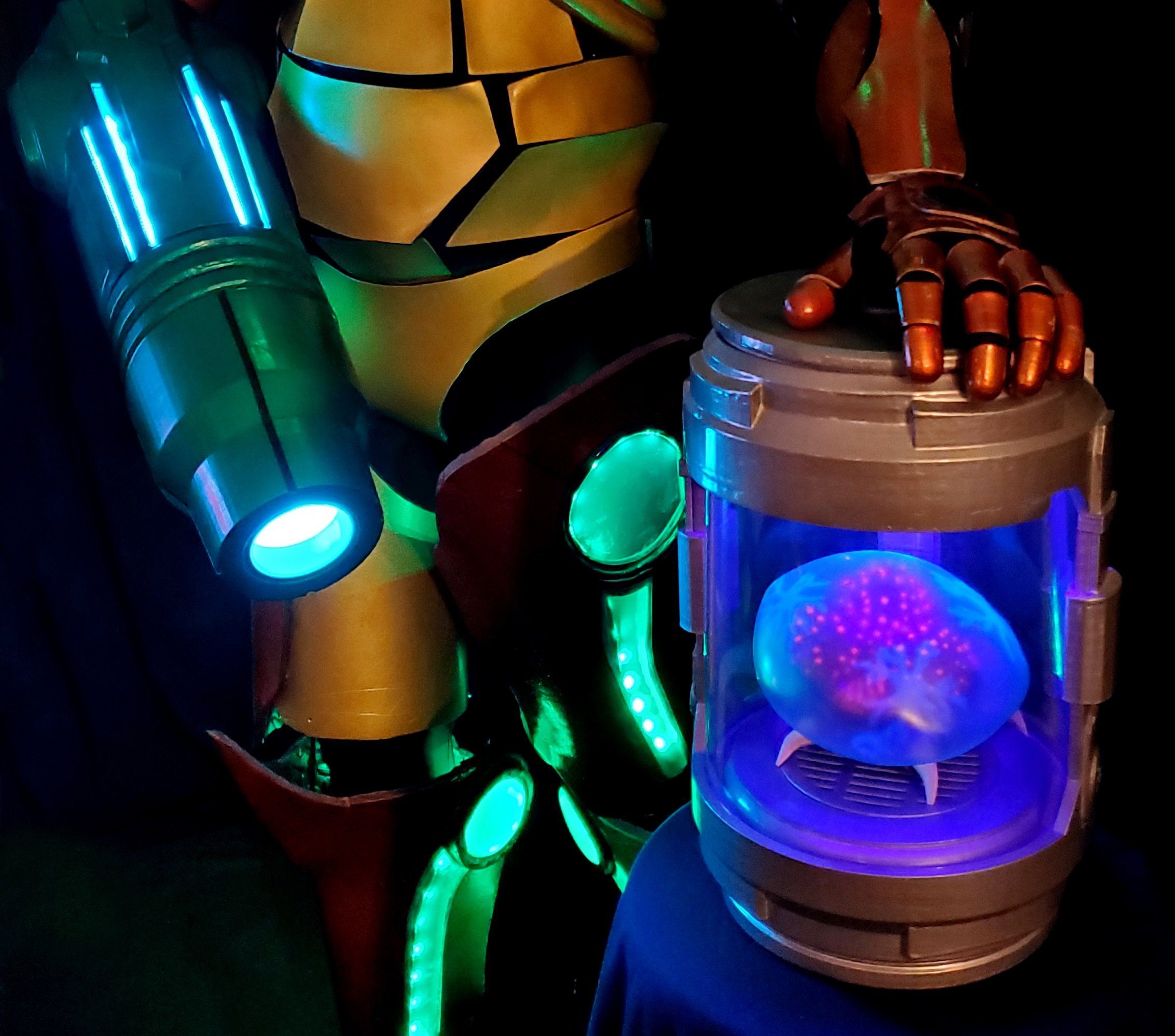 They even have *the* Metroid!

Having been to countless conventions and covered all sorts of anime, gaming and movie news for over a decade, I’ve seen some really impressive outfits and cosplay. But in recent years, especially when it comes to the Metroid arena, this is easily one of the most impressive Samus costumes I’ve seen in a while.

Created by Wargaming (World of Tanks) developer Brenden McCormack and his wife Laura, this Samus costume doesn’t just look like it came out of a magazine ad for the next Metroid title: it has actual functioning flair. Take a look at the details like the lights all around the costume, as well as the visor that actually “powers up.”

The thing that really gets me though, is the [presumably last] Metroid in that tank! Amazingly, I think I actually have that toy; which I bought at a Toys“R”Us as it was going out of business. Now I just need to look into the containment unit, because that’s a perfect way to display it.

McCormack says that they are “ready for Halloween parties in 2021.” Yeah, I think so! In the meantime, we’re ready for any news about Metroid Prime 4, Nintendo.