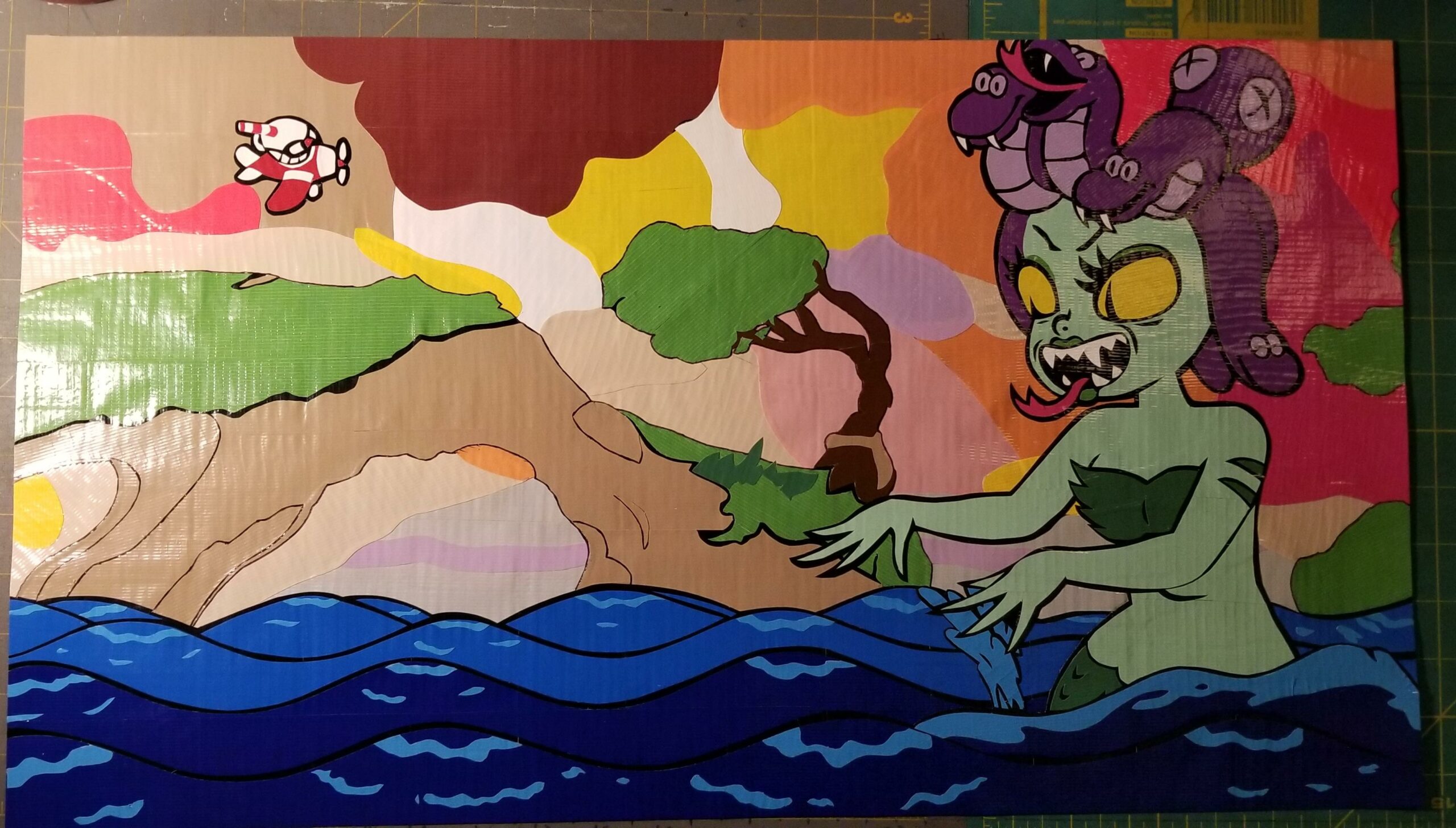 Cuphead‘s visuals are hella rad, so it makes sense why so many people would want to honor it through the craft of fan art.

This piece from enemyxlasagna earns the distinction of being crafted out of duct tape, which is a feat in and of itself. The creator notes that they created the collage out of duct tape with very little in the way of modifications. As in, they get a ton of different tape colors and go to town.

Most Cuphead fans will recognize the scene as Cala Maria from High Seas Hi-Jinx, one of the few shoot ’em up-themed levels that features a mermaid with an octopus-Medusa motif.

enemyxlasagna, also known as David West, has more of their creations listed for perusal on Instagram. Cuphead was released in 2017 to critical and commercial acclaim, and recently arrived on Switch just this past week, resulting in a new wave of Cuphead love.