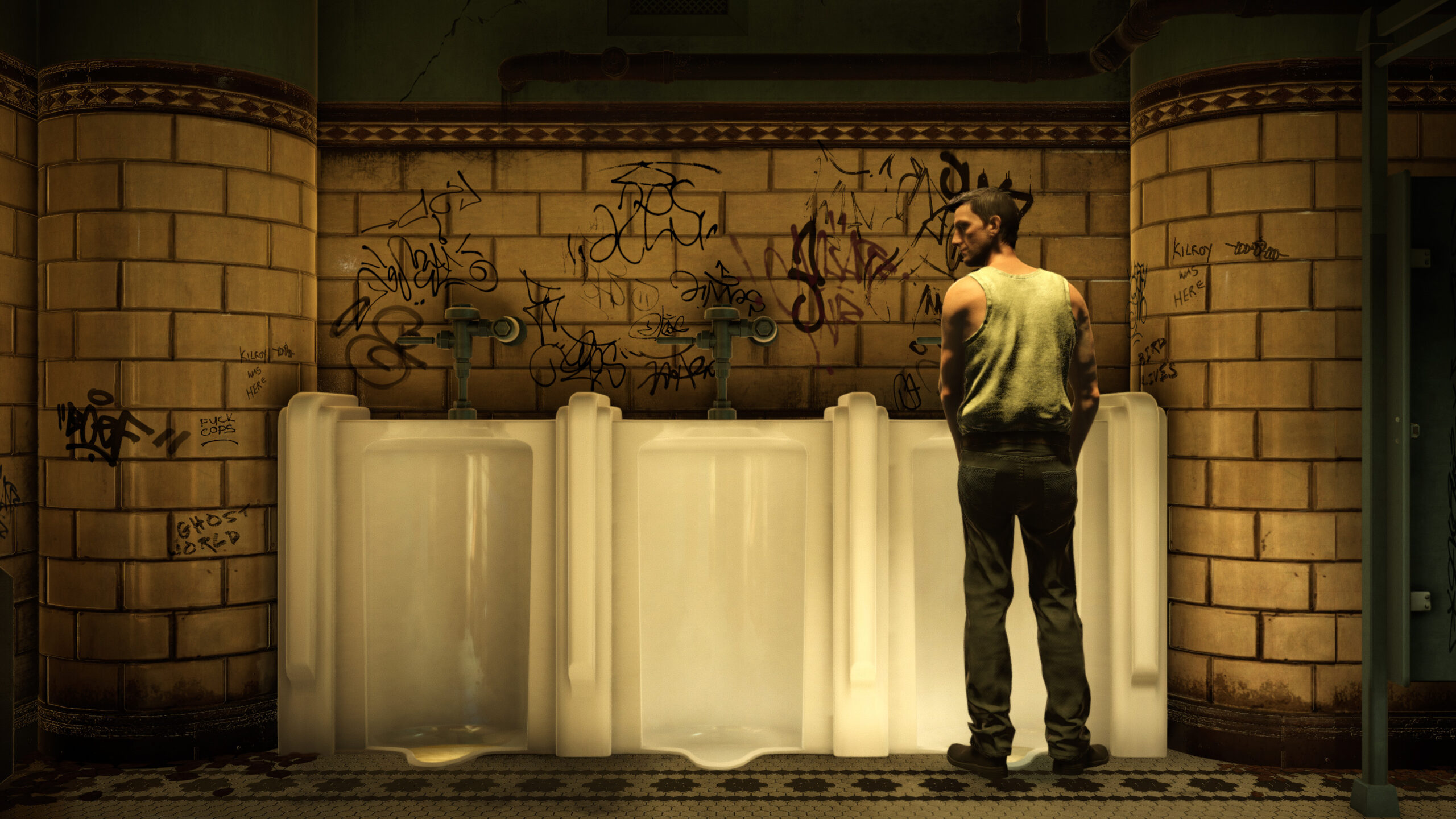 The Tearoom is based on a hidden surveillance camera sting carried out in 1962 by the police in Mansfield, Ohio (a city I’ve frequently been in my entire life). The police set up a two-way mirror and filmed local gay men having sexual contact with each other, then used said footage to put them behind bars for a year or more under the now-defunct sodomy laws the state had at the time. The game’s name comes from the slang term used to designate bathrooms used for cruising (hooking up with strangers in public), tearooms.

Yang is actually one of the most-banned developers on Twitch, and The Tearoom serves as a message not only to those in power at Twitch but to the video game industry as a whole:

“Today in 2017, police still target men who have sex with men — and in video game land, I still have to deal with Twitch banning my gay games by secret trial as if they’re the fucking game police. So to appease this oppressive conservative gamer-surveillance complex, I have swapped out any pesky penises in my game for the only thing that the game industry will never moderate nor ban — guns. Now, there’s nothing wrong with guys appreciating other guys’ guns, right?”

In The Tearoom, your goal is to peek at men as they use the urinal until they do the same to you, at which point they whip out their fleshy gun-shaped penises for you to lick in the first-person till they swell and colorize into realistic guns which then shoot hot loads of bullets loudly onto your face. You also have to avoid the cops while doing so, so you’re forced to constantly look out a nearby window to make sure a cruiser isn’t pulling up to arrest you for licking another man’s gun. Each gun you lick to completion is presented as a trophy in a nearby stall as if hung from a glory hole, but if you’re busted by the cops your progress is erased, so look before you lick!

If you’d like to know more about the historical events The Tearoom is based on (and even see footage from the police sting), you can check out Yang’s lengthy blog which also details his reasoning behind making the game and the design process. Be warned, there are spoilers for those who plan on playing the game, so maybe read it after giving it a go. One fact Yang doesn’t point out is that during the 1960s, anal intercourse was considered taboo among gay men to the point that they had a slur for those who did it: brownies, thus why you’re only performing oral here.