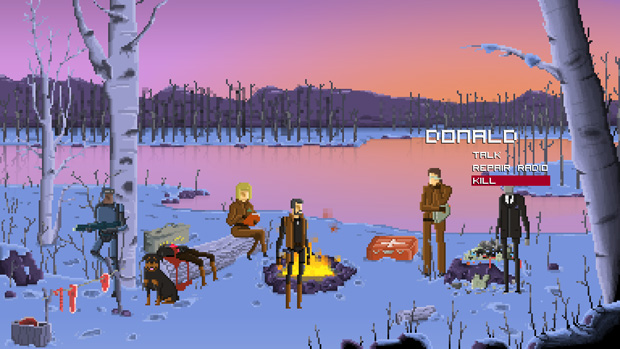 Not your average point-and-click

I’ll go out on a limb here and suggest that we’re not going to feel good about ourselves after playing Deconstructeam’s point-and-click thriller Gods Will Be Watching. The game is out July 24 for Windows, Mac, and Linux on Steam, Humble, and GOG.com for $9.99, with a collector’s edition selling for $19.99 that includes the soundtrack, a digital art book, and comic.

Gods Will be Watching is centered around moral dilemmas and “there’s no good or evil, just decisions.” Some of the violence going on in this trailer does look unnecessarily out of context, but one example given is that players will “choose between the lives of their team and the saving the world from genocide.” Sounds like one of the more straightforward decisions, actually.

Six separate puzzle-like scenarios tell a larger, interstellar story and if you can stomach it, this should be one to remember.