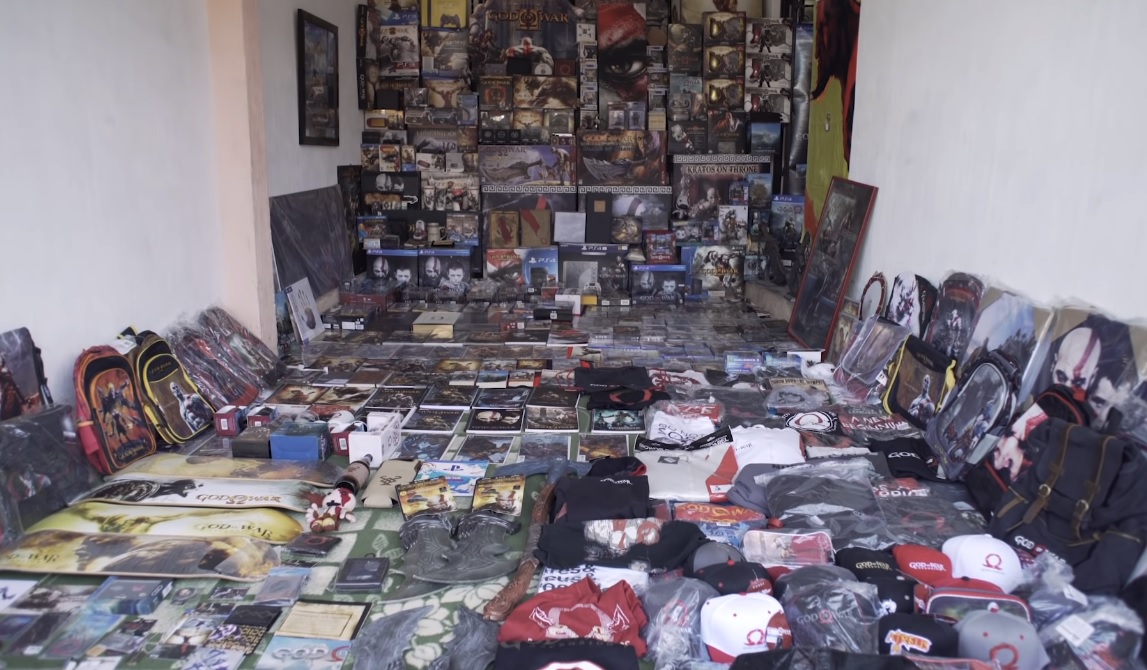 Using games as an escape is a story I hear quite often: hell, it’s a large part of my story. The ability to forge your own identity and get lost in another world on your own terms is a powerful coping mechanism, and that’s exactly how God of War collector Emanuel Mojica Rosas managed to deal with so much tragedy in his life. As Rosas aptly says “passion is contagious.”

A huge fan of God of War, Rosas really took to the series after losing his grandmother and his livelihood in 2011. He developed an affinity for the series, amassing a collection of nearly 600 pieces (583 to be exact) of memorabilia. All his hard work paid off earlier this year, as Rosas was called out to Sony Santa Monica and handed a Guinness World Record for his efforts.

When Rosas actually got there he said he had “no idea” what was going to happen, but ended up being given a full tour of the studio, a walkthrough of the motion capture technology room, and a presentation of the record in front of everyone. Cory Barlog also gives Rosas the original master burned disc for the first God of War. The smile on his face when he gets the award is priceless, as is Barlog’s genuine love for the series and its fans.

You can watch the heartwarming video below.