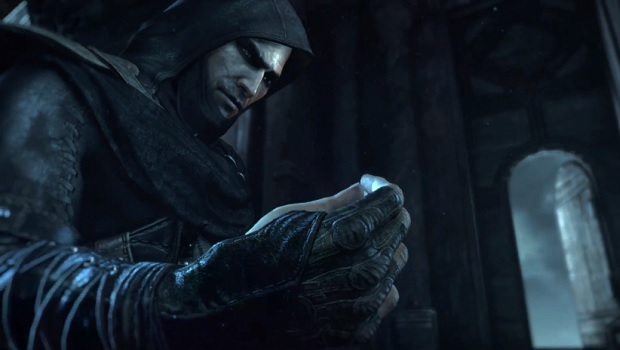 There’s a fairly short list of things that I’d want to see in a new Thief game: water arrows, sneaking past guards, shiny trinkets ripe for the plunder, some casual pickpocketing, and a city shrouded in a seemingly endless night. This new gameplay trailer for Eidos Montreal’s upcoming Thief game ticks has all of them and then more.

Whilst there’s little actual “gameplay” shown outside of brief flashes, the trailer shows off all the things you’d expect from Thief. Showing a predominantly stealth-based game is a big challenge in a trailer, no doubt, as the best kind of stealth mechanics aren’t the type of things that make for an eye-catching video. Still, Eidos Montreal did a fantastic job of reviving Deus Ex and I have faith that team can revive Thief in much the same way.