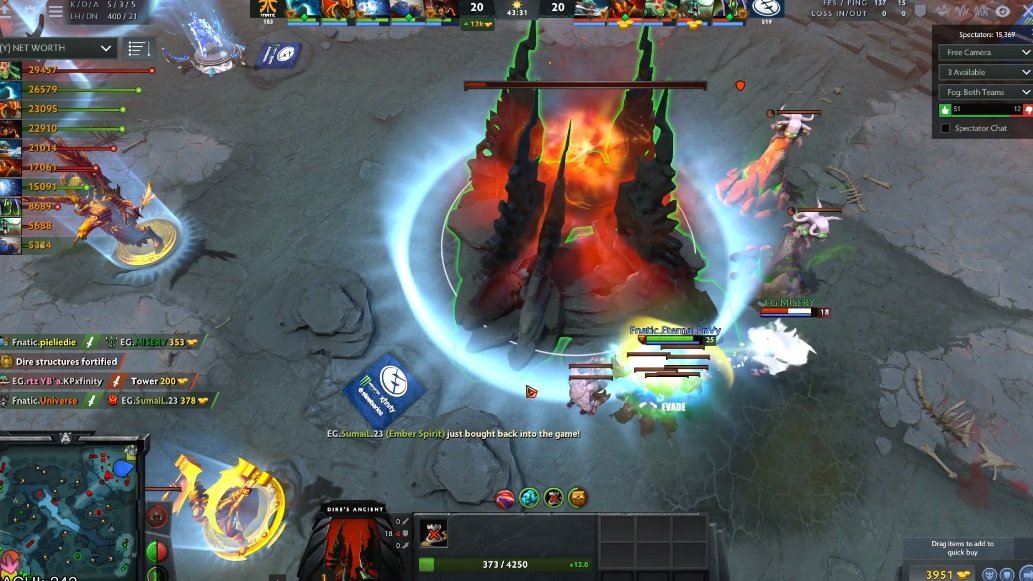 There’s very few things that are more entertaining than top-level DOTA 2 play, and this match between Fnatic and Evil Geniuses is no exception.

While the latter was looking to push into the former’s base, one player decided to take matters into their own hands and backdoor the opposing ancient (the core objective that wins you the match if you destroy it). Backdooring is actually a detailed mechanic in DOTA 2, and has its own rules governing it. In short. it’s not easy to do.

To get around the failsafe, Fnatic’s EternalEnvy used Morphling’s stat-swapping ability to push more damage into the core, while his teammate DJ used Io the wisp’s relocate to teleport into position. It’s not something that happens often, so it’s worth watching.

Note that the audio from the video below showing off the play is NSFW and contains pointless yelling.