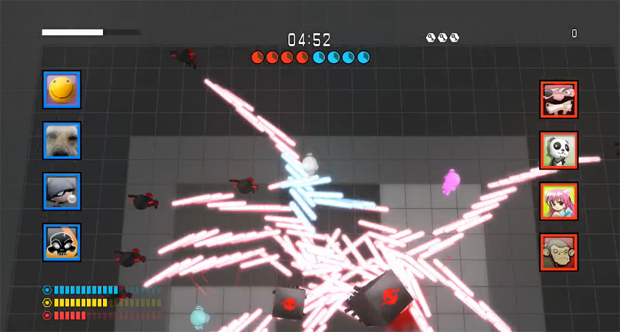 Project Cube (working title) was another of the Xbox Live Arcade titles announced by Microsoft last night in their press conference in Japan, and if you hit the jump and watch the new trailer for the title, you’ll see that there’s a lot going on. Makes my brain hurt a little bit, actually. All we know about Project Cube so far is that it supports versus and co-op multiplayer modes and can accomodate up to eight. I think keeping track of that many people with all those lasers flying could give me a headache, too.

Project Cube may not be the final title, but you can call it that for now (at least until someone decides that name is not fancy enough and renames it “Frickin’ Lasers”). Like the other titles announced for Live, it should be along sometime this year. Not so sure this one is going to be my cup of tea — what do you think?