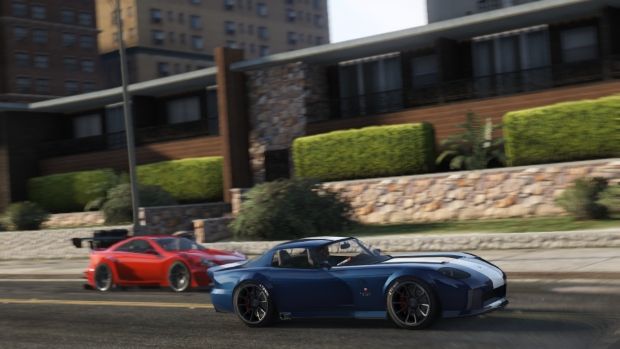 All you need is a supercar

YouTube user LD13 has found a glitch in Grand Theft Auto V that causes airplanes to take off on their own, and sometimes hunt you down until you crash. To kick off the bug, you’ll have to fully modify a Pegassi Zentorno and shoot the center of the wheel to lower the vehicle.

Then all you have to do is bump the plane from underneath it, then ram at full speed while its lowered. Boom — it’ll take off in the air and fly around randomly, or choose to sacrifice itself.