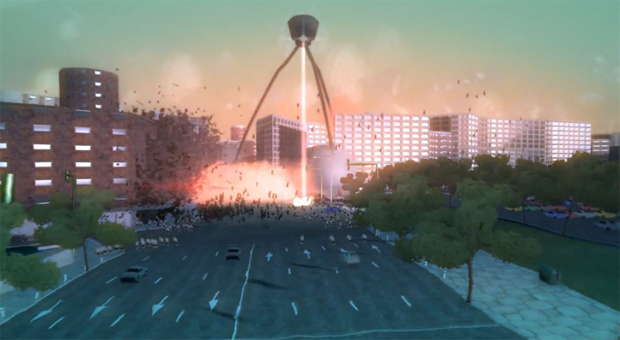 Megaton Rainfall brings that idea for a superhero game many of us have had at one point or another to life: it lets players fly around in space before seamlessly touching down on Earth to stop alien invaders. Even if what’s shown here is about all there in terms of content, I’m in.

Besides the superhero draw, this should also appeal to fans of Earth Defense Force who explicitly go out of their way to take down every last skyscraper. (I have no regrets.) The destruction tech is even more over the top here in Megaton, which is saying something.

Designer Alfonso del Cerro is bringing the game to next month’s Game Developers Conference (check the Indie Megabooth), but until then, watch this ludicrous work-in-progress video.