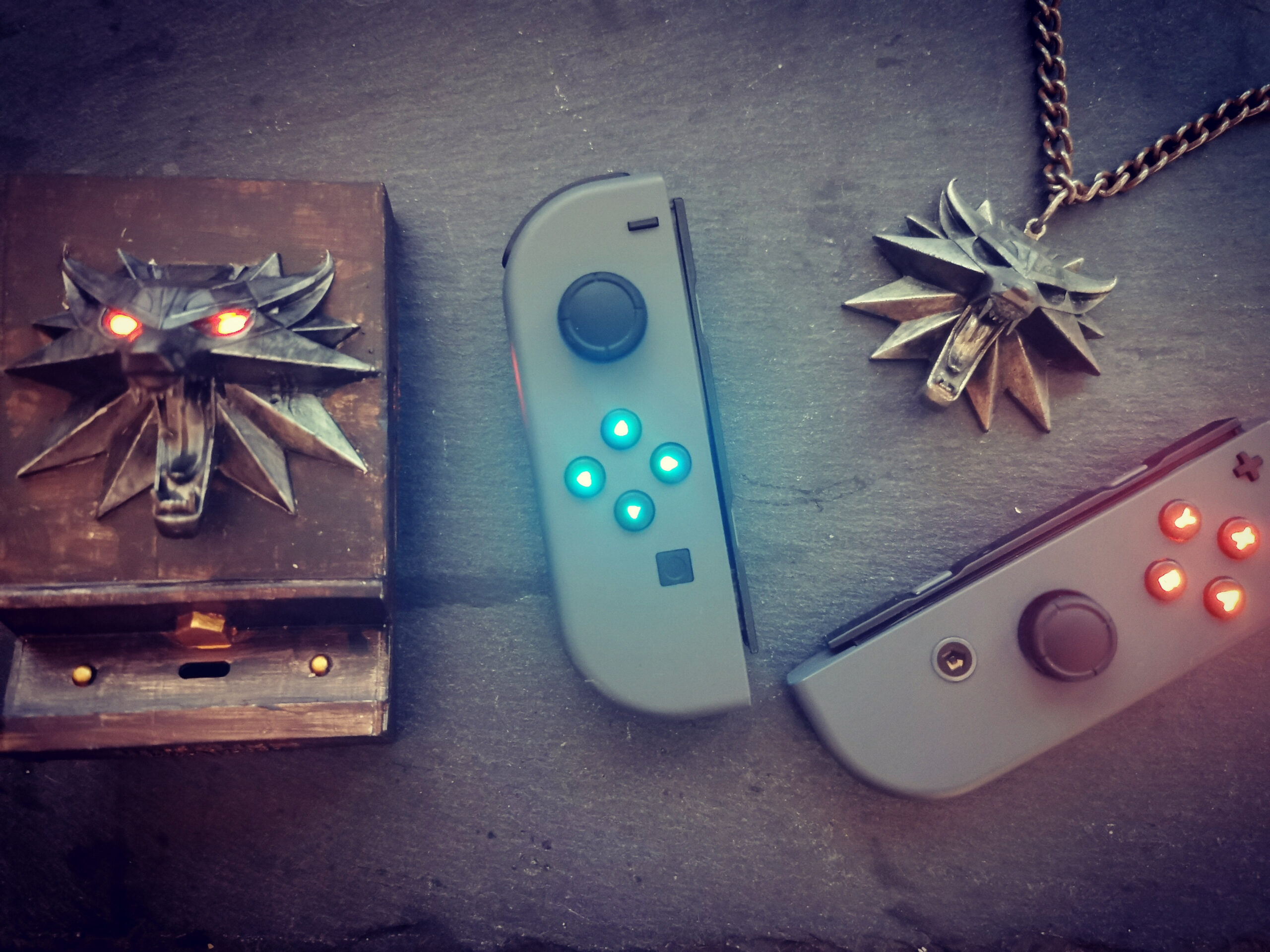 CD Projekt Red came out of the gate swinging with its Witcher III Switch port. Not only did they tell us who was working on it with them upfront (Saber Interactive), but they also revealed that the entire game (plus DLC) would fit on one gigantic cart without the need for downloads.

Plus, they led with the phrase “Switcher,” which a lot of folks have picked up on. It’s enough to get excited about, especially if you haven’t played it yet, so LestatsMods-com decided to do something about it: enter The Witcher dock. I dig the worn feel of it all and man that School of the Wolf crest is always a joy to see.

If you’re wondering about the logistics given the huge symbol on the dock: LestatsMods uses the two yellow dots as a guide when slotting the Switch in. They used this medallion (there’s a cheaper one without the red eyes), and they modded their Joy-Con for the LED effect.