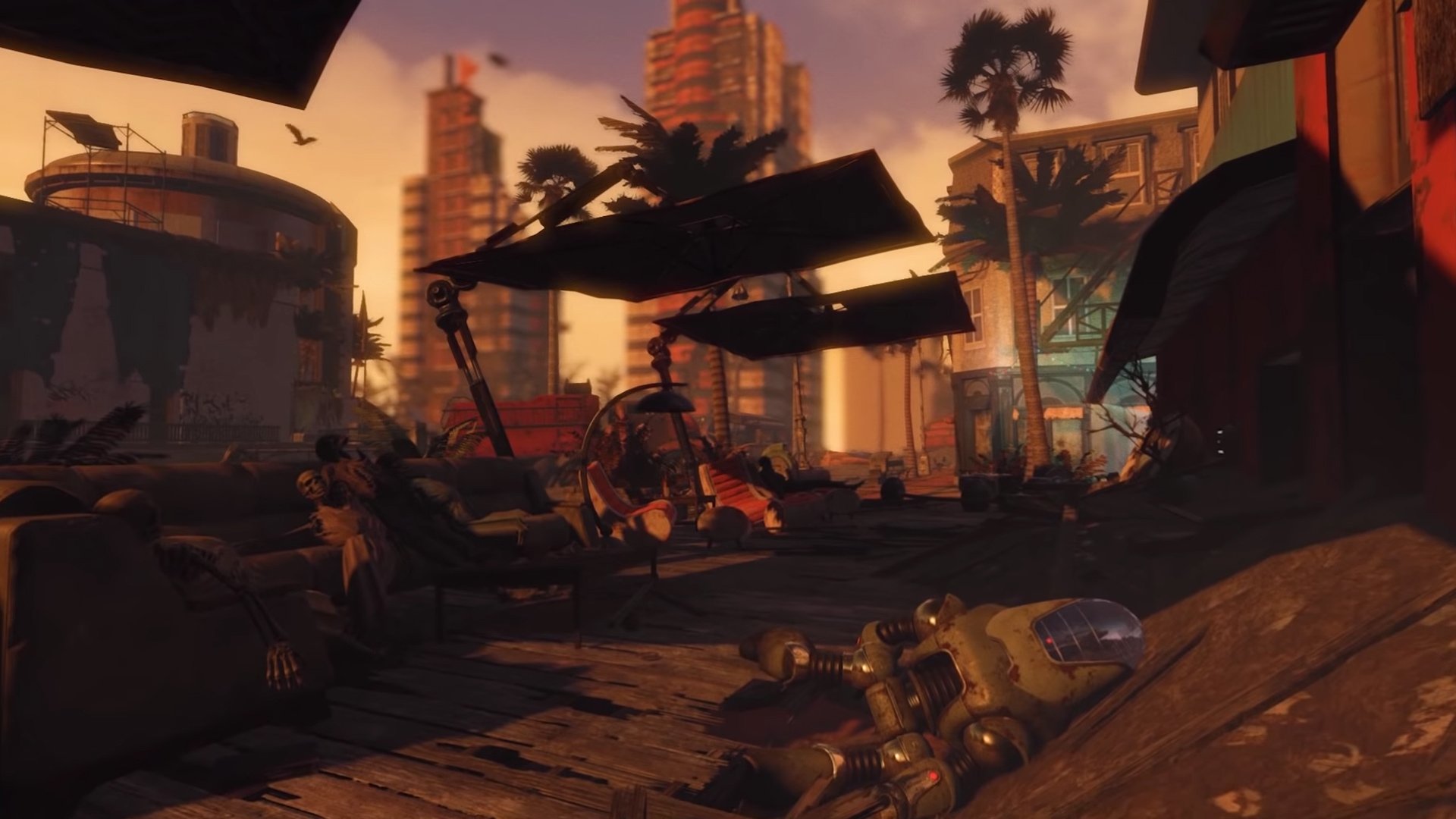 Another one to watch for Fallout 4

Fallout: Miami is an upcoming Fallout 4 mod that I really, truly hope comes to fruition. Mika999 and the rest of the team behind the project shared a full trailer that serves as one heck of an introduction.

I’m so on board with this setting for Fallout. And wow, that logo! Looks great.

Miami is going to be “a brand new worldspace, with a gripping main quest, side-quests, equipment, settlements, and a host of interesting characters and companions! Uncover the truth behind the mysterious disappearances and take part in the age old struggle between Order and Freedom.”

One of the mod’s factions is a group of surfers, the Tide Riders, who are led by a holy figure named Max Guru. “When an earthquake shook Cuba, he did the only thing he could have—he rode the wave. Wiping out is a bad thing, even worse when there’s radiation and you get pushed into the Atlantic. The ocean smiled on Max, and he washed up in Miami a few days later. The experience had changed him, in more ways than one. He was now a ghoul and convinced his survival was a sign that he had a divine mission—ride the biggest wave, as big as the one that nearly killed him, ride The Big Kahuna.”

You can keep tabs on Fallout: Miami‘s production right here. I plan to do exactly that.