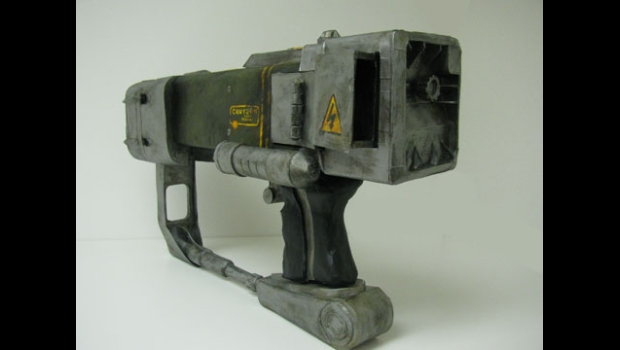 Yea, that gun is made out of paper. Usually paper craft is pretty awesome, but you can tell it’s paper. That thing looks like it could be solid metal. In case you’re unsure of what “that thing” is, it’s a laser pistol from Fallout 3. It was made by Leo Firebrand of Firebrand Creations, and I dub him officially awesome.

He made the gun in a mostly straightforward manner (whatever that means), but the handle had to be done in papier-mâché because of its ergonomic design. Whatever the technique you could have fooled me. I mean, it’s entirely made out of paper. I’m not sure if I can emphasize that enough.

If you want to check out the gun in detail, he has plenty of pics of it over at his site. He’s already done the plasma cutter from Dead Space as well and a kick-ass Ghostbuster trap. Any gaming weapons you think he should make next?