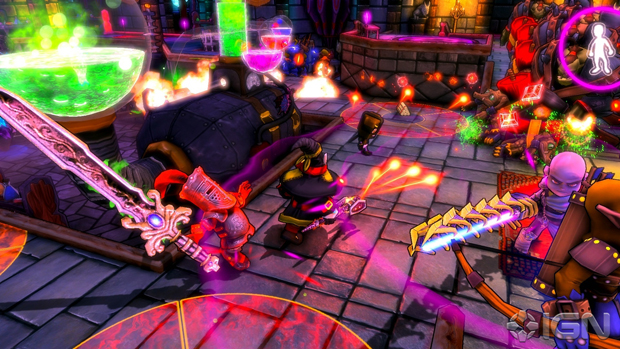 The boys down at Trendy Entertainment just decided to blow our socks off with their new dev diary showcasing Dungeon Defenders on the PS3.  We already knew that iOS and Android users could network and play with the PS3 version (which is impressive as is,) but it gets way more fantastical when you actually see this game in motion.  For those that don’t know, Dungeon Defender is a crazy action RPG/tower defense hybrid that takes inspiration from games like Diablo and Defense of the Ancients, and it… it just looks swell.

You will be impressed by the depth and number of features this game will have on the PS3.  Don’t forget the Android and iOS versions of the game are already available, despite delays for other platforms.