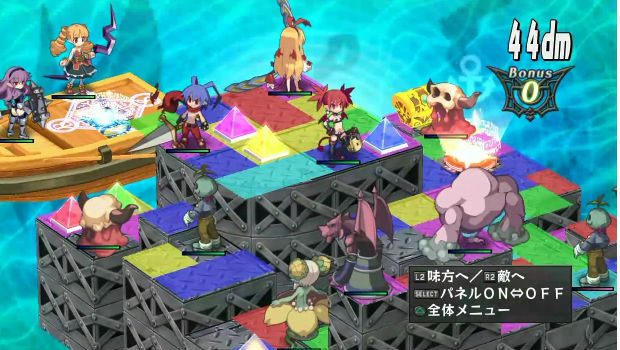 As if the mere mention of Laharl’s return with a brand new proper Disgaea game wouldn’t be enough to excite me in the first place — this new Laharl-centric trailer has be yearning to play Dimension 2.

You’ll see a ton of gameplay in this fairly lengthy video, including the Item Sea, combat, some anime cutscenes, and the Dark Assembly. If you can’t watch the trailer for whatever reason, I grabbed a ton of screens to check out in the gallery!

What’s Flonne doing in a giant destructive mascot suit? I have no idea!