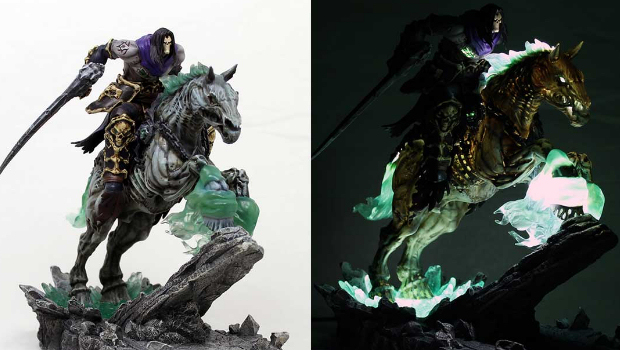 I want this a lot!

It seems the Darksiders series is fated to not get the recognition it deserves, but at least THQ still believes in it enough to pimp out some cool merchandise — like this newly revealed “Death & Despair” statue from SOTA Toys.

Featuring the Pale Ride astride his ghostly horse, the statue lights up, as did the War & Ruin statue released for the last game. It’ll set dedicated fans back $249.99, and is currently up for pre-order. In case you’re curious, it’s made of resin, is powered via USB or power outlet, uses high-powered LEDs, and stands at 12″ tall.

Now … whose hair do I have to smell to get someone to give this to me?