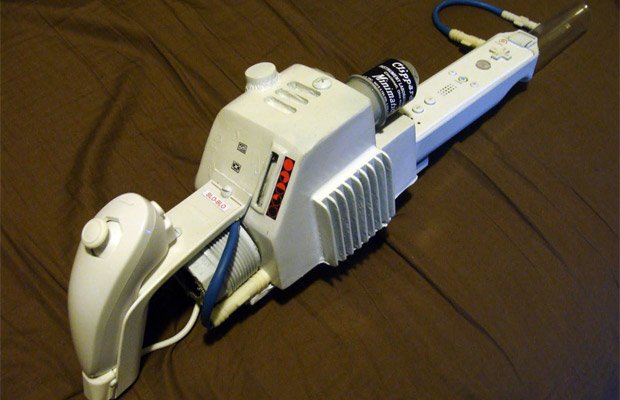 Since I’m still very much recovering from the overload of Ghostbusters references that were spewed out across the web around the time marketing for the latest line-up of games kicked in, I’m going to keep this short, and completely free of movie quotes.

A designer by the name of Jack Rossi has been busy lately. What’s he been up to? Creating a Proton Pack shell specifically for the Wii remote and Nunchuck, of course. It’s really cool, and I don’t want to know how much time was spent making the thing.

There are more pictures of the device located here. If for no other reason, follow that link to see the die-hard Ghostbusters fans’ reactions to it; talk about adorable.

Filed under... #Artsy Fartsy#Things gamers do