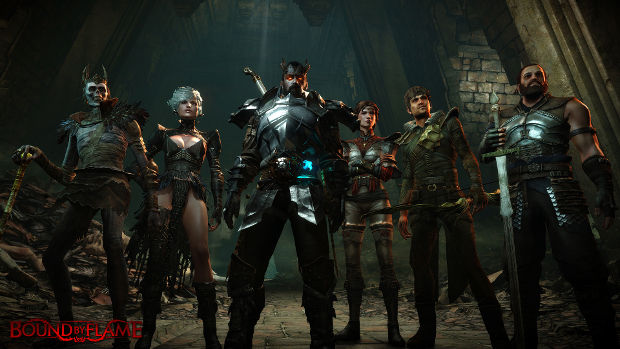 Everything you want to know about basic combat

I’m not completely sold on Bound By Flame yet, but this video is doing a pretty decent job of showing off the variety of locales, enemies, and combat situations the game has to offer. The basic gimmick is that you’ll play a human who can either give into his deomonic curse, or forsaken it for heroic powers.

It sounds a lot like any given “good or evil” action/adventure game, but I’m seeing a lot of comparisons to Kingdoms of Amalur here, which is a good thing (well, for me anyway —  hey, I enjoyed it for what it was!). Bound By Flame is set to drop in May on the 360, PC, PS3 and PS4 platforms. Oddly the Xbox One is left out of the party.