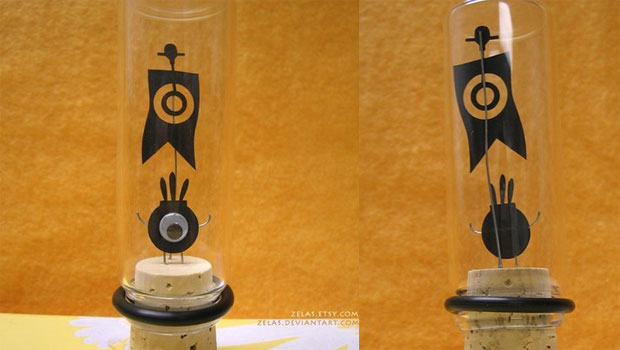 You don’t need it, but you want one — a Patapon in a bottle, by Etsy user zelas.

Selling for $10, zelas put the center of the Patapon army, the flag carrier, inside of a 4 inch tall, 1 inch in diameter bottle. While the thing is only made from black card stock, a craft store googly eye, and wire, it’s a pretty convincing replica. Fans of Patapon would do well to put one of these on their desks; maybe you’ll catch the eye of that special someone who you didn’t know was a gamer.

Or everyone in the office will be like “What’s up the creepy eye thing in the bottle?”