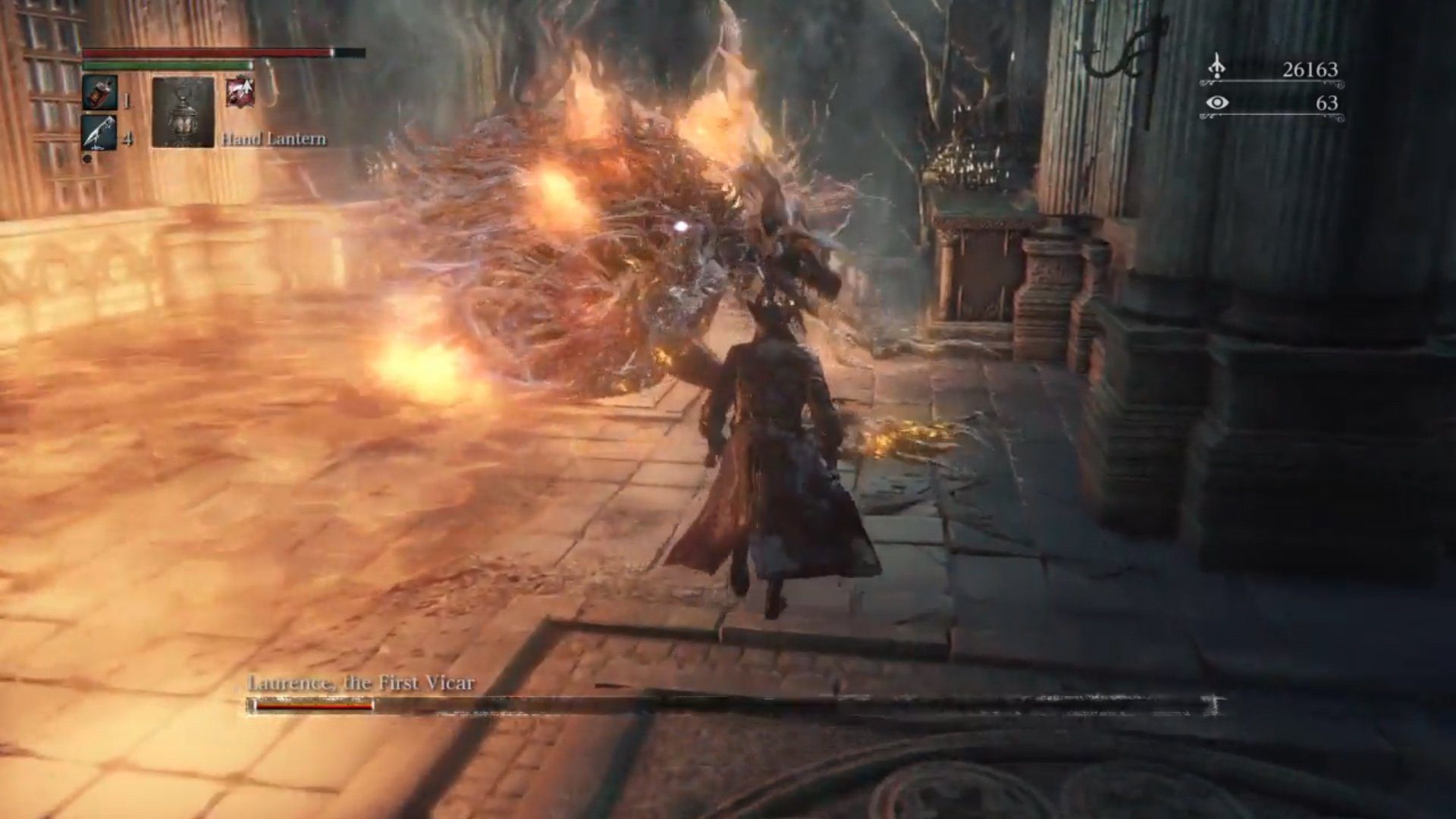 But it’s so tempting!

If we’re ranking the toughest bosses in Bloodborne, we’ll probably never reach a consensus – the perceived difficulty of a fight can vary wildly depending on your playstyle, character build, and composure. I’ve been through the From Software wringer, and to this day it’s tricky to pin down exactly what makes certain fights easier or harder for me than the average player. Everyone’s different.

That said, a few contenders stand out to me. Laurence from the Old Hunters DLC is at the top of my most-despicable list. He’s not necessarily the “hardest,” but no one tested my patience more.

The First Vicar is a lava-spewing war of attrition. He’s beefy. He doesn’t let up. His room feels too cramped. The longer you persevere, the more aggressive Laurence seems to get. Near the end, when he’s forced to crawl, it’s super tempting to just finish the fight already – but that can be a mistake.

Bloodborne often rewards aggression with its health-regain mechanic, but the “don’t be greedy” adage from the Souls series rings true, as illustrated in this tragic clip submitted by Reddit user TrubberDox.

[Bloodborne] [Video] I think i’m done with the game. from r/PS4

Having gone through multiple last-second losses against Laurence – one of the sloggiest fights in all of Bloodborne – this footage hurt to watch. It’s only a 30-second clip, but I’m reliving hours of frustration.

I hope they shut the game off, slept on it, and crushed the screeching beast on their next attempt.