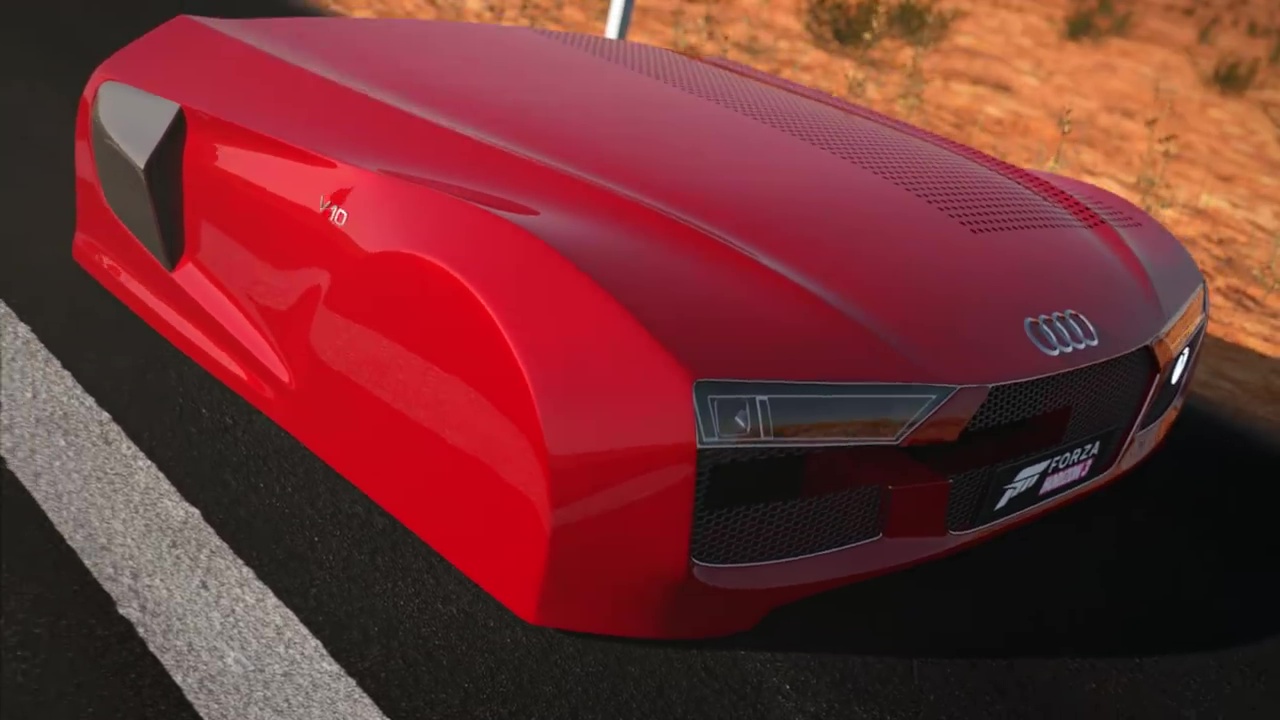 Modeling a console after a car doesn’t sound like a bad idea. Lopping off the front section of the car and modeling the console after that sounds like a significantly worse idea. But, someone did it anyway.

Meet the Xbox One S Audi R8 edition. It’s a promotional thing for the upcoming release of Forza Horizon 3. Xbox Germany is giving away three on its Facebook page. Apart from that, this won’t ever see the light of day. This is not a machine that’s fit for retail.

I don’t think that the word “abomination” is too strong here. In fact, that’s the exact word Jordan used when linking me to this story. I sincerely hope these go to appreciative homes, because I would just be bummed to have this sitting underneath my television.