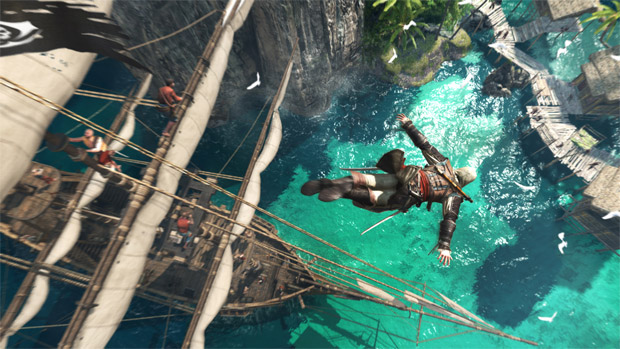 I’m already in love with the setting

I’m looking forward to Black Flag in spite of the franchise it belongs to. That’s made all the more evident after this well-put-together demonstration out of E3, which really sells me on the idea of a big-budget pirate game even if it means yet another installment of Assassin’s Creed.

I’ll take what I can get, and if what I can get is seamlessly boarding a ship and taking it off into battle, then that’ll do just fine. Interestingly, Ubisoft tinkered with a naval combat multiplayer mode, but things didn’t work out. “It’s something we tried at the beginning, but we didn’t feel we can get it to a good enough level for this iteration,” game director Ashraf Islamil told GameSpot.