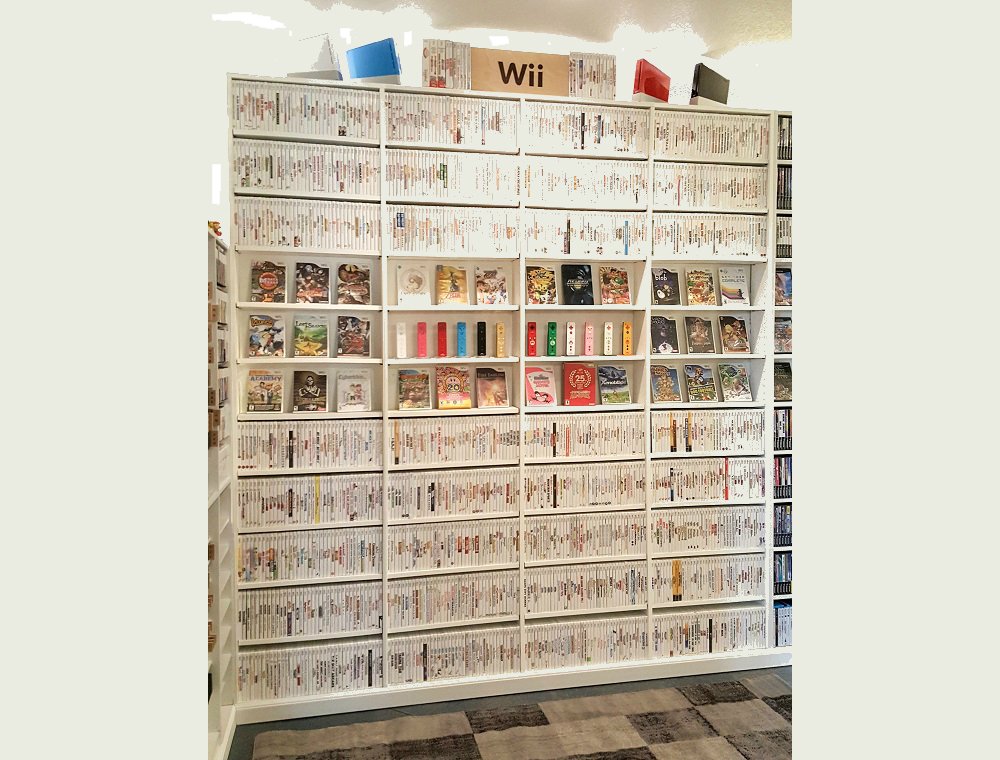 I didn’t know what I was in for when I clicked a thread called “So I completed a Wii set” on the NintendoAge forums. Somehow, user NintendoTwizer managed to fully complete a Wii collection — yes, I mean he has every game ever made on the Wii, which is 1262 games in all. The only thing Twizer doesn’t include are variants, demos, 2-packs, and the Netflix disc, which is more than fair. Although one game was released in 2016 (Just Dance 2017), they’re fairly certain that will be it.

Delineating further into the post you’ll get some really interesting factoids, like why it’s a great time to start a Wii collection, and the actual rarity of some of these games, culminating in a top 40. As our own Jonathan Holmes points out the Wii is now 10 years old, and a lot of folks are even starting to get nostalgic for it.

As a collector myself, I love how the full monty is displayed on that giant bookcase, with all 12 first-party Wiimotes and the four console variants (I forgot they made it in red!).

So I completed a Wii set [Nintendo Age]