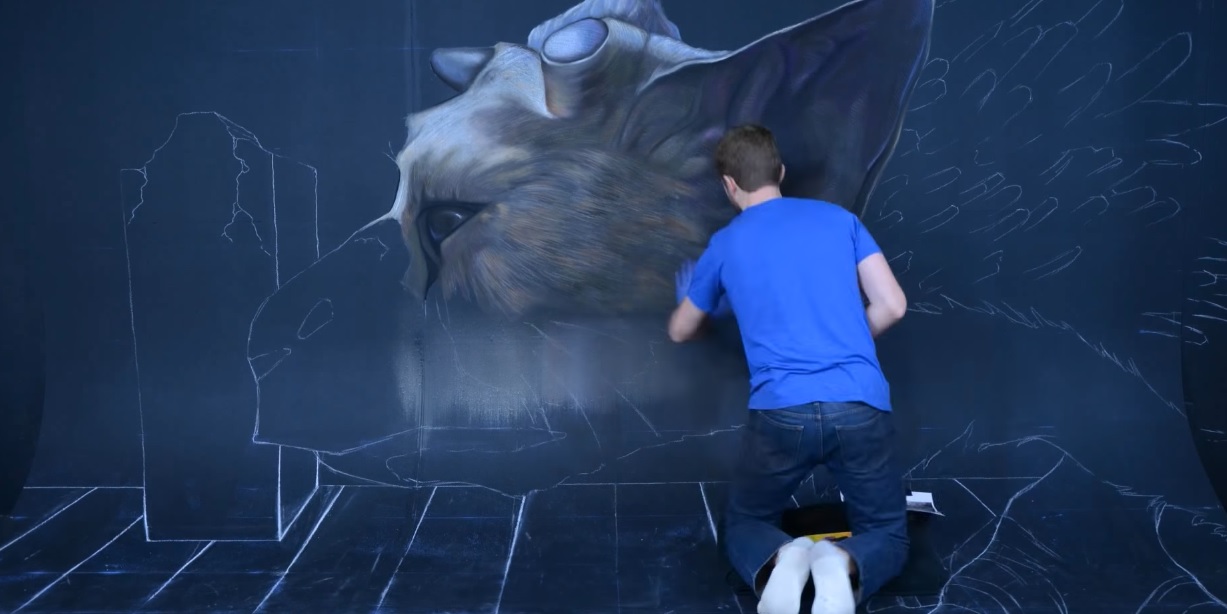 After all these years and cancellation allegations out the wazoo, you can finally buy and play The Last Guardian.

You can watch this 3D chalk art too, which cements the fact that Trico looks even more like Falcor than we give him credit for. Speaking of, you know how you sometimes go through hours-long Wikipedia kicks? I did that for Neverending Story the other day, comparing and contrasting the plot of the book and the first two films (which while truncated, are the book).

Where was I going with this? Oh, Trico is a little more adorable than Falcor, who kind of scared me as a kid.