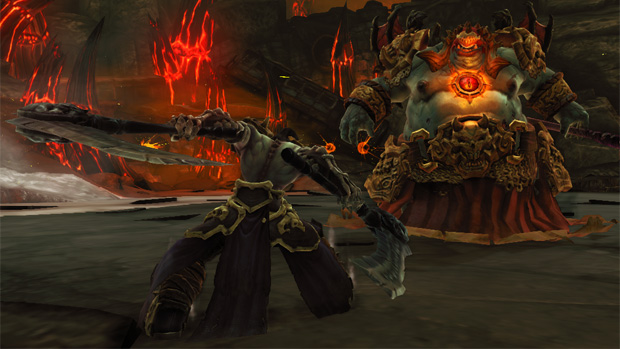 The Demon Lord Belial releasing for Xbox 360, PS3 and PC

More content is on the way tomorrow for fans of Darksiders II. The title’s third downloadable expansion, The Demon Lord Belial will be available for consumption for Xbox 360, PlayStation 3 and PC. Folks who have purchased the game’s season pass will receive this content as part of their dark contract, while others who would like to purchase the expansion a la carte will be expected to pony up $9.99 (or 800 Microsoft Points).

In the new expansion, Death will discover the last remnants of humanity following the apocalypse, which sounds like a pretty cool thing to see. We, as a species, were pretty much written out at the start of the story, so it’s nice to hear that we’re still managing to keep a few folks hanging around to the end.