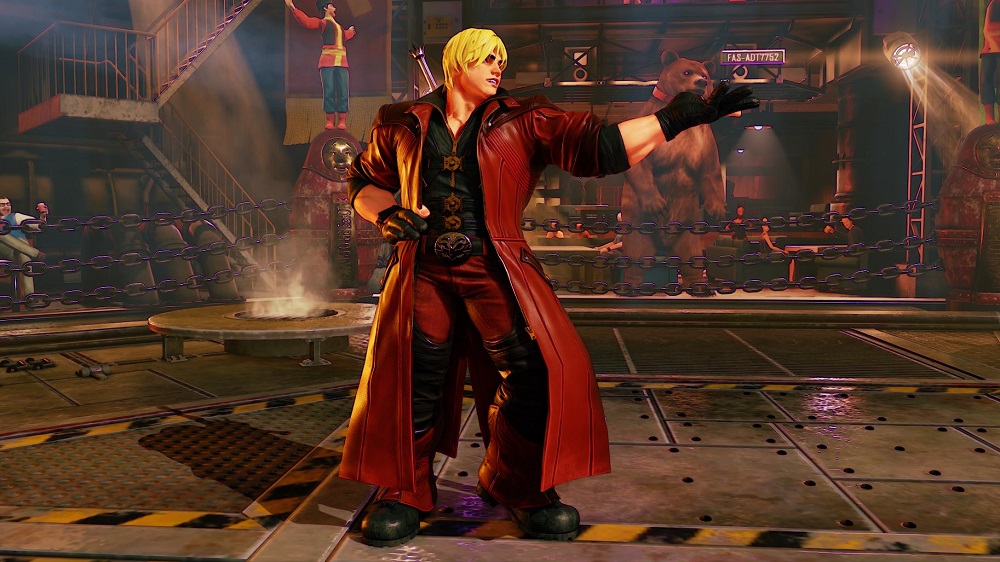 For that Fight Money burning a hole in your pocket

Capcom’s Street Fighter V continues its primary focus on draining Fight Money from your digital wallet, with mode updates and new crossover content, headed to the game next week.

From June 25, players will be able to purchase three new costumes. The first sees Rashid transformed into Mega Man’s Air Man, whilst the other two are based on hack ‘n’ slash series Devil May Cry. These include a Dante outfit for Ken, which can be purchased outright, and a Gloria outfit for Laura, which must be “earned” through Extra Battle mode, where players plonk down FM in order to play a series of fights over coming weeks, with the outfit made available once all battles have been completed/paid for.

Street Fighter V’s Survival Mode is also getting an update, where players can now pay 1000 FM in order to continue when defeated. Also being added are options for players to save their place in the ladder, or to purchase power-ups in order to make things easier. For those less inclined, the harder versions of Survival Mode have been notoriously broken since day one, featuring a level of A.I input-reading not seen since the days of Mortal Kombat II.

Finally, a new mode is being added; “Fighting Chance”. For 500 FM, Menat will grant a random chance at unlocking items, such as a profile titles, character colours, artwork, or exclusive skins. Whatever they choose to name it, it’s a Loot Box system, no two ways about it.

The recent release of Street Fighter: 30th Anniversary Collection really brought home the grossness of Street Fighter V as a ongoing piecemeal product and/or shopping mall. So much news pertaining to SFV these days isn’t about it reaching balance perfection, or the discovery of new, mind-blowing tech, or even improvements to the netcode. It’s always just more shit to buy, with creative new ways to convince players to part with their currency, digital or otherwise.