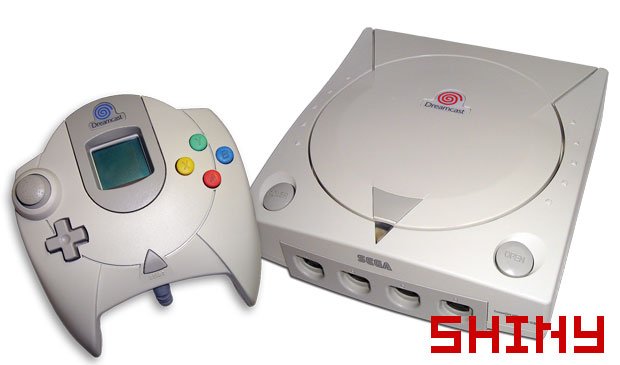 Yesterday, we reported that ThinkGeek had sent an unwitting consumer a very clearly “used” Dreamcast console, while advertising them as “new in box.”

Contacting us via email, ThinkGeek co-founder Willie Vadnais reached out to us for comment to both explain and make things right.

“We have no reason to doubt this post,” he writes, “and we apologize for it. We purchased these new-in-box consoles directly from a vendor who had surplus inventory. We inspected many units before they shipped, and all were absolutely new. Only the boxes had some wear and tear.”

Vadnais points out that this “old” Dreamcast seems to be the exception, not the rule, saying ThinkGeek had received “many, many emails from customers satisfied with their new boxes.” The retailer says it has received only two reports of these worn consoles, one of which was our original tipster.

The situation is being taken care of now, with full refunds on both the console and the shipping being offered to both customers. As for the future, ThinkGeek will indeed be selling more of these boxed-Dreamcast gems as available, and it looks like they’re confident that their stock will satisfy customers’ urge for a fresh console.

A full statement, along with the “why, how, and where” of how they got their hands on the Dreamcasts can be found after the jump.

First, a little backstory: We came upon an amazing cache of new-in-box Dreamcasts not too long ago. We had a bunch of units shipped to us to inspect them, and indeed, though the boxes were a little worse for the wear on the outside, the consoles had nary a scratch and even the wire twists that bundled the cables had never been undone. It was like magic–magic that had been hiding in a warehouse, unknown, for years.

So we asked our source from whence these beautiful Dreamcasts came, and they didn’t know–could’ve been a liquidator, or a Circuit City that had closed shop. (Hear that? It’s the sound of a plot thickening.)

But we’d seen them with our own eyes and figured it was best to share our discovery with the world. Hundreds were snatched up quickly and squees were heard ’round the internets.

So far we’ve had 2 instances of not-so-new-in-box Dreamcasts. The individual who received the one reported here contacted us via email (which never appeared in our inbox, for some reason) and Twitter (through which we’ve taken care of the situation) has already been issued a return shipping label. We’re more than happy to refund him for the Dreamcast as well as shipping.

We’re very sorry about the whole thing–we never meant to ship used Dreamcasts. We know our customers are smarty pants and could tell if they’d been duped with a stale Dreamcast; we’d never get away with taking advantage of you guys, so why would we try?

And now we have 3 options: 1. Stop sharing the gift of new Dreamcasts; 2. Have them all shipped to us and inspect each one individually and then ship back to the warehouse; and 3. Continue spreading the (mostly) untainted Dreamcast love and working with the very few customers who get lemons.

We hope you’ll understand why we’re continuing to offer them on our site (when we get our grubby little paws on more, of course). And again, we apologize to the 2 customers who ended up with what appears to be returned merchandise.