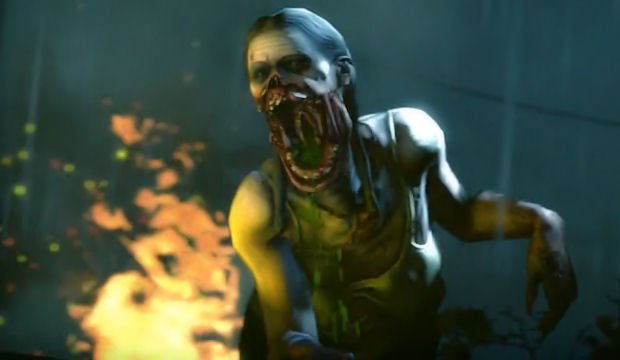 Left 4 Dead 2 released this past week and while most people are having fun with it, there is a dedicated clan of people who are determined to convince the world that Left 4 Dead 2 is not a real game. These people, who we shall class as “f*cking idiots,” have labeled Left 4 Dead 2 an expansion pack, unworthy of accolade and recognition.

These people are wrong and stupid. Left 4 Dead 2 is every bit a sequel as any other game, and trying to say otherwise is ludicrous. The arguments supporting the claim that L4D2 is an expansion remain nonsensical and reek of double standards. If you think Left 4 Dead 2 is an expansion, you are clearly very ignorant, very unintelligent, or you simply haven’t played the game.

Read on as we explain why thinking Left 4 Dead 2 is an expansion makes you a f*cking idiot.

It’s bigger than the first game:

First of all, I’ve not heard of many expansion packs that are the same size as the original game, let alone even bigger. Left 4 Dead 2 has five campaigns to match Left 4 Dead 1‘s four, not to mention Versus Mode in all campaigns right out of the box, Survival Mode, Scavenge Mode and Realism Mode. If, perhaps, this game were one new campaign, and maybe the extra modes, I could almost buy the accusations. The fact this game is larger than the original says “sequel” more than “expansion” to me.

Simply put, you are getting way more gameplay for your money than you got with the original game. If that’s an expansion, it’s a pretty bloody great one, and if you were willing to spend sixty bucks on the first game, why the hesitance over buying something significantly larger for the same amount of money? What’s wrong with you? You must be a fucking idiot.

Sure, Left 4 Dead 2 expands upon the idea of Left 4 Dead 1, but that’s what all sequels do, you fucking idiot!

Most sequels re-use engines and assets:

One of the stupidest arguments given by those who call L4D2 an expansion is that Valve used the Source Engine again, as well as a number of original assets. If this is what makes an expansion, well we better have a mass product recall, because there are shitloads of games on store shelves right now pretending to be sequels.

Most sequels tend to stick with one engine, and a fair few of them re-use assets. If you have used this argument against Left 4 Dead 2, then surely you can’t consider Gears of War 2 a sequel. Or Modern Warfare 2. Far too many games released in the same generation as its prequel could be called an expansion by this lunatic logic. If your argument against Left 4 Dead 2 is simply “DUH DUH IT USES THE SOURCE ENGINE,” then by your own stupid reasoning, Left 4 Dead 1 was merely an expansion pack for Portal.

Loads of sequels re-use assets and music from their predecessors. Even when L4D2 does re-use assets, it changes them to keep things feeling fresh. The Smoker, Boomer, Hunter, Witch and Tank may be the same as they were before, but they’ve been re-skinned and altered so that they’re unique to the new game. The music is certainly similar, but it’s been touched up with a Southern flavor to fit the fresh setting. Last time I checked, expansion packs don’t use a ton of fresh assets, while changing nearly all the older ones. If you’ve used this argument, you’re obviously some sort of fucking idiot.

Left 4 Dead 1 introduced us to a concept. Left 4 Dead 2 took that concept and thrust it in all sorts of different directions, experimenting with the format and giving us brand new ways to interact with a familiar premise. That’s pretty much what sequels are supposed to do. They don’t typically reinvent the wheel, they take the same wheel and add reflectors and baseball cards. I’ve seen a great many “real” sequels do far less than Left 4 Dead 2 and receive no criticism at all. Left 4 Dead 2 did what sequels do. It built upon the groundwork its prequel laid. How is that the work of a mere expansion pack?

More importantly, Left 4 Dead 2 has a totally different feel and totally different experiences to Left 4 Dead 1. Each campaign has its own distinct personality, with all sorts of cool new challenges, such as fighting through a burning building, collecting gas cans to fuel an escape car, or getting to one end of a level and then fighting back through it, this time during a perilous storm that threatens to scatter your party without due care.

Even the similar gameplay elements feel different and better. The finale event at the end of Dark Carnival, fighting on the Midnight Riders’ stage while pyrotechnics flare and music blasts out, automatically eclipses any finale in the first game. You can choose to disagree, but that is a choice for fucking idiots.

Valve has spoiled you:

Let’s face it, these accusations are based more upon than prejudice than evidence. Left 4 Dead 2 was released a mere year after Left 4 Dead, so many of you were just looking to find fault with it, and probably made up your mind about the title’s worth as a sequel before even playing the game. Despite plenty of other sequels releasing a year after the first one, you’ve opted to pay special attention to L4D2 for one reason — Valve spoiled you.

You’re used to Valve doing things a certain way — taking ten years to make a sequel. If you compare Half-Life to Half-Life 2, of course the difference will be more dramatic than Left 4 Dead and Left 4 Dead 2. But you know what? It’s not ten years ago. It’s not a time where we can have the luxury to craft games for ten years, not if we want to make money. Valve spoiled you with games that were ten years in the making, but not every game a studio does can enjoy a decade of development. It’s just not reasonable to expect it.

Of course, it’s hard to expect many gamers to be reasonable or realistic. It’s often more sensible to expect them to be fucking idiots.

Even if it WAS an expansion, it’s worth the money:

If Left 4 Dead 2‘s an expansion, I’d consider it a compliment more than anything, because that’s one damn good expansion. With all the aforementioned new content, you can argue the semantics of what this game is all you want. At the end of the day, it delivers $60 worth of playability. More content than the first game, plus an even more balanced and varied multiplayer to keep gamers playing? Yeah, that’s worth full retail price any day of the week.

Whether you want to call it an expansion or not doesn’t matter. The game stands alone and justifies its existence for anybody not too stubborn to get into it.

Seriously. Sequels have “2” in the title.