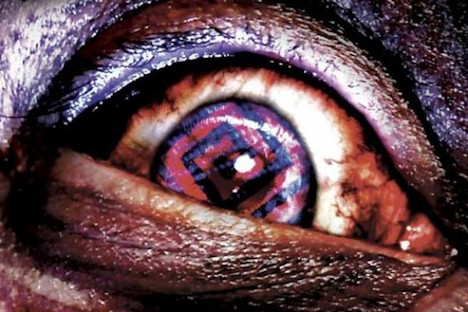 If you’ve been following the world of videogames for any length of time, you’ll doubtless have come into contact with the huge amounts of negative press that videogames get. Thanks to media sources like FOX News and The Daily Mail and individual moral crusaders such as Jack Thompson or Leland Yee, games have shouldered the blame for much of the violence and chaos that is prevelant in society.

Of course, it’s easy to slap videogames with a bad reputation in isolated and sensationalized incidents, but when we really put interactive software into perspective, how does it rank up against other causes of violence such as alcohol, football and even shopping?

What we’ve done here is by no means scientific, but we feel it serves a solid counter argument that if we should ban videogames for their potential to cause harm, there are all manner of other facets of society, some of them important and seemingly benign, that must be outlawed long before gaming comes under fire. What we have done is compiled a death toll for videogames, looking at all the cases involved gaming and mortality over the years. We believe that, even if we stack the deck against videogames by drawing unfair comparisons with other examples, that games will come out as untainted saints in contrast.

Now, most of you know that already without the proof. Still, it’s always nice to be right.

From compiling all the instances of reported mortality that has been publicly connected in some way, shape or form to videogames, we have been able to “attribute” a death toll of no more than 26 to gaming. In order to be sporting, we have even included instances of murder where videogames were ruled out by police as a contributing cause, such as the murder of Stephen Pakeerah in 2004 and the retracted insanity plea of Dustin Lynch in February 2003.

Here’s a list of cases of death where videogames were said to be involved:

To stack the deck against videogames even more, we included deaths involving games that were not instances of murder, but remain unproven, notably the passing of two individual Chinese gamers who seemingly died after huge gaming binges. Just for completion’s sake, we even threw in the famous Everquest suicide case of 2001.

The only case we have omitted from the videogame kill count is the Virginia Tech shooting of 2007. The videogame connection was an invention of the press and those who already bore grudges against interactive software. We know why Seung-Hui Cho did the things he did, and we know that videogames were not part of the case. While we included other cases where the police effectively ruled out videogames, we are not going to include a case where the game connection was simply dreamed up to score points off the tragedy.

26 deaths, and if you’re a completist, 2 wounded. Let’s compare that kill count to other things that we can ban instead of videogames.

Soccer, or football as it is known in England, is the United Kingdom’s most treasured sport, and commands a loyalty among its fans that could rival any religion. “Eat football, sleep football, live football,” is a saying that I grew up having hammered into my head as a British child. In England, football is God.

It is a wrathful God.

Football is responsible for much gang violence in the UK, and there are individual cases of stabbings and beatings throughout the history of worldwide football hooliganism. Remember, I said we’d be stacking the deck here, so let’s give soccer an unfair advantage. Let’s take all football-related deaths from JUST England, and then only include the most famous cases. What’s the death toll?

137. That is just using the four most famous cases, and just looking at England. Let’s compare that to the videogame death toll which is collected from cases around the world. 137 versus 26. It’s not hard to see what should be banned if human safety really is the concern of the moral majority.

We can even trump the videogame death toll in just one match. Two of the most famous cases, in fact, easily beat out videogames. First of all, we have the Heysel Stadium Disaster, where fans of the British Liverpool team crushed 39 Italian Juventes fans to death with a wall. Even more shocking is the Hillsborough Disaster of 1989, where a staggering 96 football fans were killed in a human crush.

Just two cases alone “prove” that football is deadlier than videogames. The numbers are there.

Football is like a religion, but nothing beats the real deal. We all know that religion is one of the leading causes of death and destruction in human history. From the medieval Crusades to modern day terrorism, the name of God has been soaked in more than enough blood. Again, we’re giving videogames a tough time, and it would be far too easy to pile on the Holy Wars and give gaming a free pass.

Less “easy” examples of religious death involve “Visionary” serial killers. These are men and women who “hear” the voice of God, or other religious figures, and are compelled to kill by the belief that they’re doing The Lord’s work. Harvey Carignan is a fine example, a man who claimed God told him to hit women until they were dead. While a death toll formed simply of people who killed because they thought Jesus told them to would be lovely, such figures appear difficult to take a stab at (pardon the expression), even with extensive research.

Instead, I’m going to bring up a name that should be familiar to many of you — Jim Jones. James Warren “Jim” Jones was the founder of The People’s Temple, a religious group that in 1978 became responsible for the greatest loss of American civilian life in a non-natural event until the September 11 terrorist attacks (a case which can only be linked to religion). The short story is that 909 individuals took part in a mass suicide, spurred on by Jones, after joining his cult and being convinced to drink cyanide-laced Flavor Aid.

909 individuals killed in the name of religious belief. That’s just one cult as well. That’s just the minimum figure, with many other cases of mass suicide out here. Again, in the entire history of videogames, we have only 26 deaths that could be attributed. When it comes to religion, we start at 909 and work our way up.

While the field of videogame violence research has thrown up nothing but conflicting results and differing opinions, we seem to have piles of evidence when it comes to the dangers of drink. Of course, The Daily Mail has never run a frontpage article demanding an alcohol ban. Not like it did for videogames.

Let’s return to the United Kingdom for this one. As usual, we don’t wish to give games an easy ride, so we’ll compare every single death that can be related to a game with just one country in just one year. Surely the videogames, with decades and decades of deaths, will overshadow the booze, right?

A number of charities have been criticizing alcohol-related death lately, claiming that the amount of cases has risen to unacceptable levels. Using figures attained from 2007, these charities have been able to tell us that 13.3 alcohol-related deaths were had per 100,000 people. The population of Britain in 2007 stood at 60,769,000 people. If we all get out our calculators, we should be able to get a nice round figure, from that one year alone.

Actually, the correct figure is 8082.82, but let’s not make things look even worse for the booze. Again, over the span of several decades, videogames could only be marginally held accountable for 26 deaths. If you want to do a direct comparison, videogames were implicated in only 3 deaths during 2007. 8082 versus 3. Hardly grounds for newspapers to cry “BAN THIS SICK FILTH” over games, when you truly put it into perspective.

America loves its sugar. Your British immigrant writer actually can’t eat common household bread in this country because Americans stuff too much sugar into it. People like sugar — it makes things taste sweet, and sweet things are good things. Nobody would ever want to ban it. However, sugar causes more deaths per year than videogames could ever dream of.

One of the most common causes of death in America is diabetes, and according to the American Diabetes Association, the disease claimed 224,092 lives in 2002 alone. You eat too much sugar, you get diabetes. You play too many videogames, you do not get diabetes.

Did you know that Texas is a nation leader when it comes to the death of Hispanics? That’s right, according to a 2005 report, Texas had the highest Hispanic workplace death rate of any other state, a shocking 163 dead of 491 worker deaths. Since 163 is a much higher number than 26, we obviously need to ban Hispanic people from working in Texas. It will save lives, so we must do this thing!

491 worker deaths in total is pretty high. Maybe we should ban everyone in the state of Texas from working. Mass unemployment could have saved those lives! Hell, if we want to save the whole of America, we could point out that this 2005 report noted 5,559 American workplace deaths nationwide. Let’s give nobody a job and save the world! Well, I suppose that’s actually happening at the moment, so it seems America’s on the right track. This is good. Jobs should be banned instead of videogames, because lives will be saved. That’s how it works, right?

Now, we are obviously not going to seriously advocate the banning of these provided items. This is not an article intended to demonize religion, soccer, drink or anything else. However, hopefully this illustrates just how myopic and single-minded the anti-videogame crusade is. Compared to the millions and millions of deaths we have a year, a mere 26 in all of history isn’t even pocket change. It’s not even a drop in the ocean.

Even if we believed that videogames alone caused these 26 deaths, and we don’t, there is not enough evidence to show that they prove a danger to society in the slightest. 26 deaths compared to the hundreds caused by football riots, or the thousands that have died from diabetes, is nothing. Barely microscopic. A joke.

If you crusade against videogames, you are quite clearly doing nothing for society. You will not save it, you will not be a hero. You will have about as much impact on the world as 26 deaths have in the grand scheme of things.

Next time someone tells you that videogames are the cause of violence and destruction, whether they say it from behind a lecturn, over a beer, while eating candy or employing a Hispanic, just tell them.

It could be worse.

We could be watching a football match.