Love the smell of my boyfriend’s Cologne

My standards go out the window while I ate the “pasteurized process cheese food” provided by United as an in-flight snack. If you have to designate your product as “food,” there is a problem. It tasted like a cheesy Ritz without the satisfying ashy texture and in much too large quantity.

One chapter of Blood Meridian. My bookmark was a boarding pass from San Francisco airport to Frankfurt. That’s what I am doing now, but it was for a trip earlier this year, and Frankfurt was just a layover. Here it is not final, either, but I will be allowed to leave the giant airport of mile-long walkways to embark towards Cologne by train. The point is that six months later I finished one of the early chapters of Blood Meridian [Note – I read another chapter and a half, haven’t cracked 100 pages].

Glances at a movie I think is called Tomorrowland. George Clooney opened it talking into the camera and it looks very expensive.

For signs of empathy or humanity in the woman seated in front of me, who broke the airplane rule of reclining her seat all the way back into my outstretched book, sending it tumbling. [Note – she would keep it reclined all the way back for 9 hours] 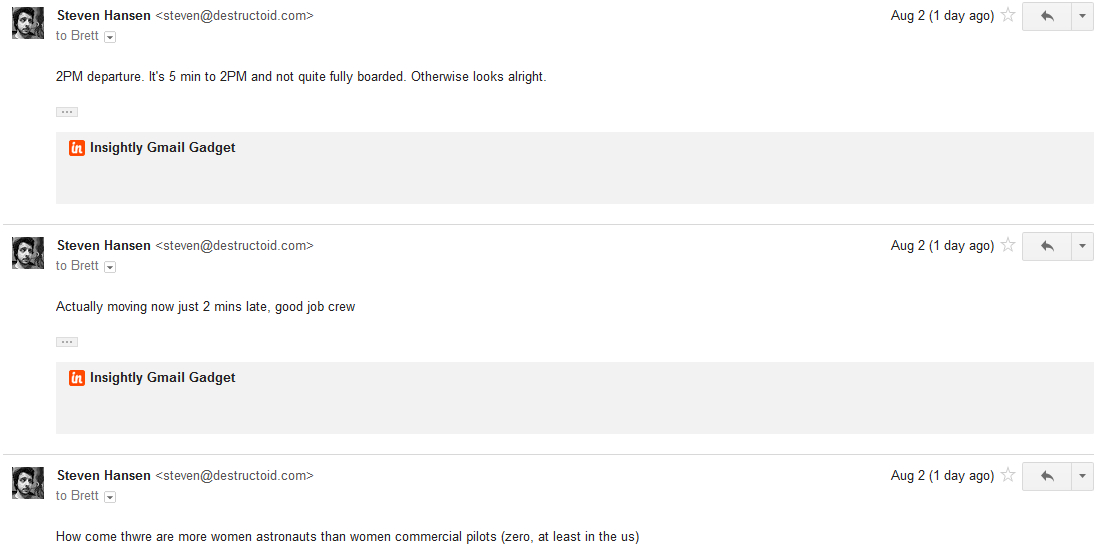 Do the Right Thing. Paying careful attention to how that movie is shot, how close ups ping pong off one another for energy and New York is rendered in primary colors, primarily red, emphasizing the heat on a block that looks like it’s a play. Ask why Mookie throws the can and you’ve missed the point.

Vertigo. It’s cool seeing San Francisco before even my mom came here from Italy. I’m writing ‘here’ from Germany because my go-to ‘here,’ my most constant physical state of being is in San Francisco. When the San Francisco Giants won the World Series last year I watched from a hotel in Paris at 4AM. I pumped my fist to an indifferent Paris block. Travel is definitely the best part of this job, don’t get me wrong, but that absence was so strange. First time not being there for a Giants World Series (the last few games, anyhow). I watched Vines of celebration in my city streets and they echoed in the quiet hotel. My friend lives down the block from a main setting in Vertigo. It feels like lesser Hitchcock, though, and it’s not just the laughable instant romance between Jimmy Stewart (aged 50) and Kim Novak (25).

They are subjecting the others to Paul Blart: Mall Cop 2. 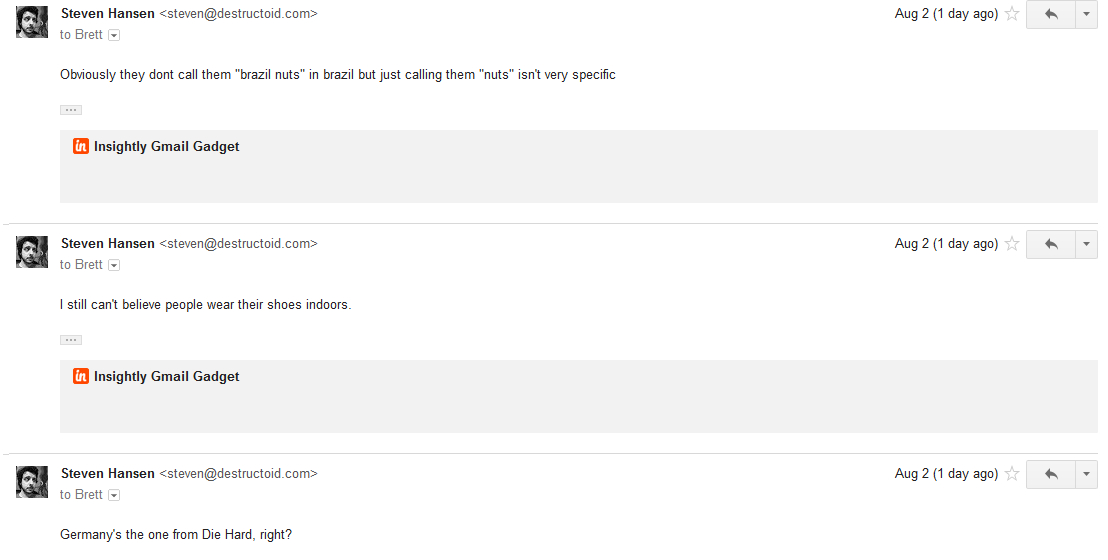 Wet Hot American Summer. I have never been to a summer camp, nor known anyone who has, nor even had any evidence that such a system exists outside of American pop culture. Accordingly I assumed this movie not for me, but a friend insisted, and given the ratcheting of spoof and goof, I enjoyed it. The scene with the great tracking camera work as they inexplicably trash the office is probably tops, while some of the meta humor gets just an understanding nod.

Easy Rider. I hadn’t seen more than a few minutes of Easy Rider. Unless you are a white dad to an adult human, you will not enjoy it. It’s indulgent. Obvious enough because Fonda and Hopper wrote it and the latter directed. Two friends have fun shooting a road trip movie, mime French new wave editing, and play victim to anti-hippie sentiment. Jack Nicholson is the lone bright spot. 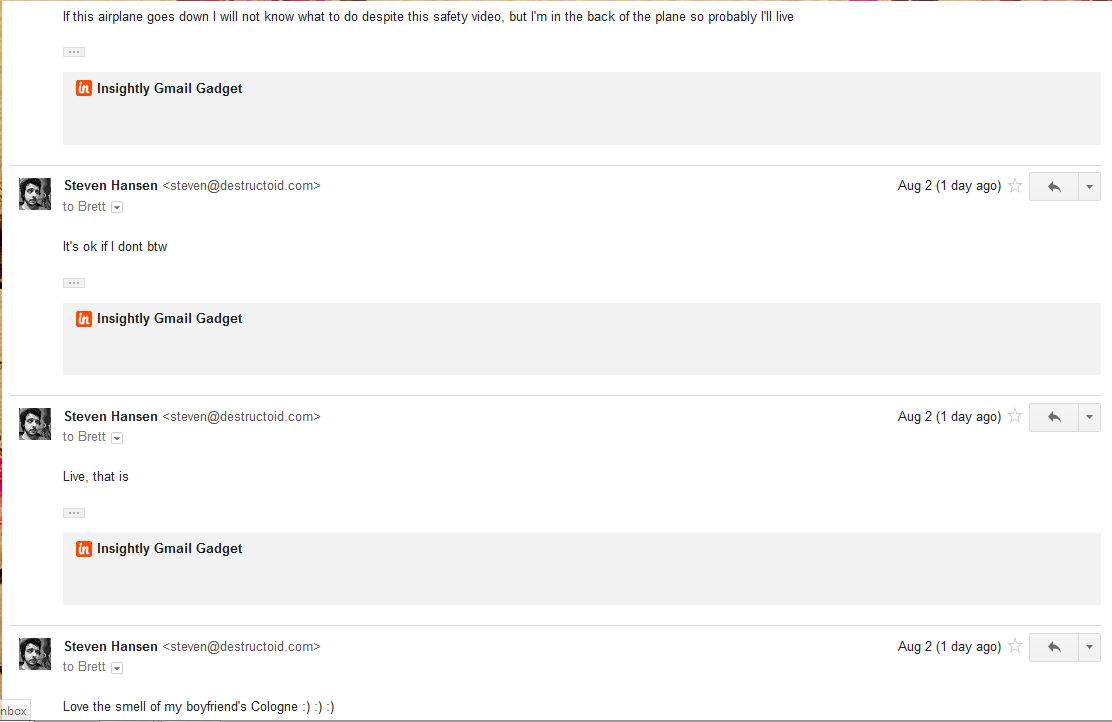 What is this in-flight film. I looked up for a second and it looks like pixie cut Miley Cyrus is a robot with a bunch of black tubes strapped to her back and she is in a glass cage opposing her clone (or she is the clone?) Please tell me that movie this is.

Eight hours and I haven’t stood up once, by the way. I am a saint.

These pancakes are like eating barely congealed discs of Elmer’s glue in both taste and texture. What have I done.

Eleven or so hours and I’ve not gotten up, nor have I slept. It is 10AM, local time.