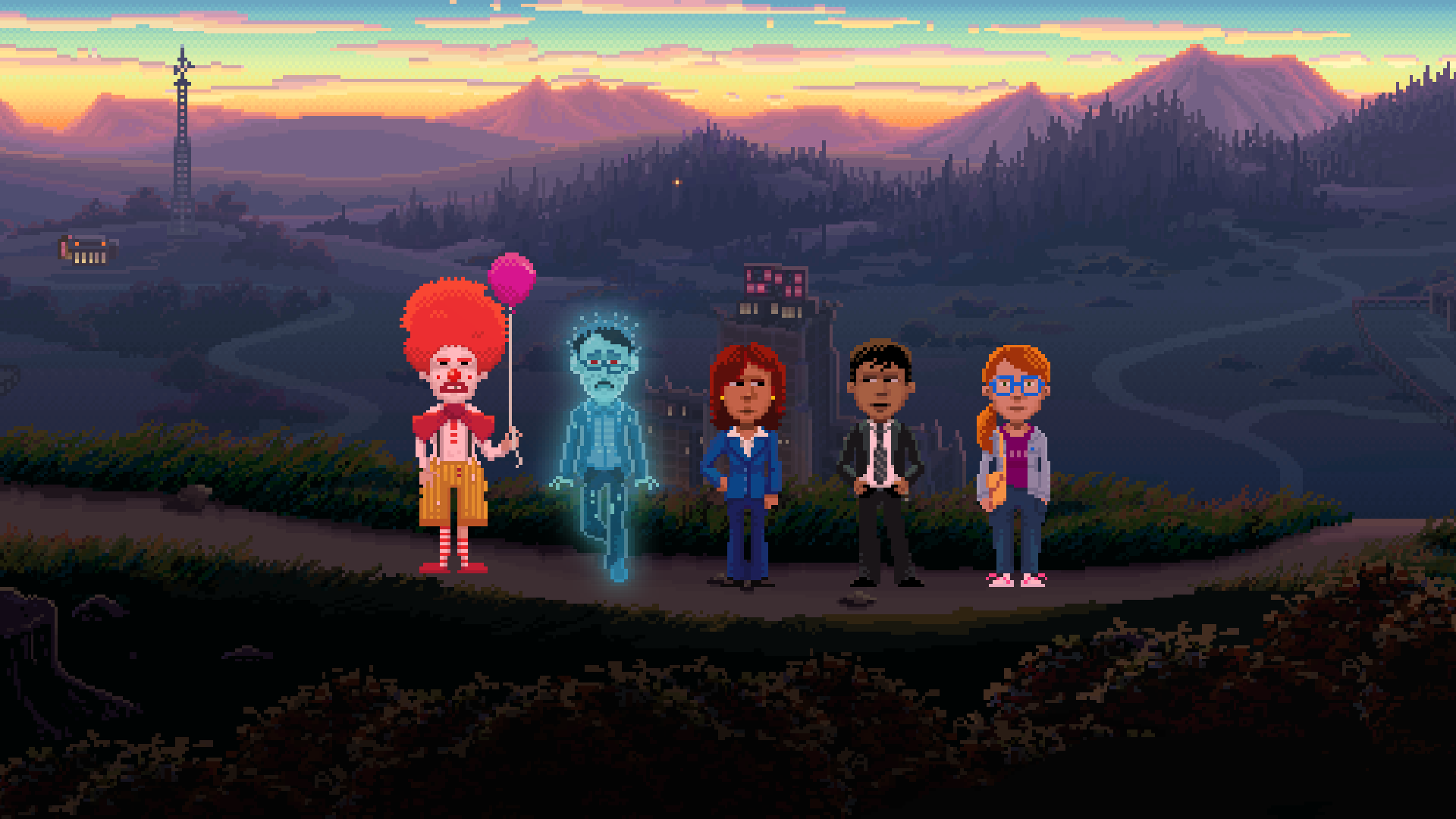 Coming to Xbox One and computers March 30

Thimbleweed Park, an adventure game led by industry legend Ron Gilbert, doubled its kickstarter goal when it was announced in 2014. It’s a beautiful throwback to early Lucasarts adventure titles like Maniac Mansion and Day of the Tentacle— which is appropriate, since Gilbert and artist Gary Winnick got their start working on the former. The title has been in development for two and a half years but it’s finally nearing release, and the team announced today that it will be available on Xbox One, Windows, Mac and Linux on March 30.

Thimbleweed Park will launch with English voice and subtitles, and the subtitles can be changed to the French, Spanish, or Italian languages. Russian subtitles are in development and will be added as a free update after launch.

I got a chance to play an early version at PAX last year, and it’s been near the top of my most anticipated games list ever since. A Steam page for Thimbleweed Park launched simultaneously with the announcement, though the price has yet to be determined. The game will hit Steam, GOG and Xbox Live on March 30, and iPad/iPhone/Android later this year. The team says they’d like to bring it to other consoles and platforms, but no other versions have been confirmed yet.