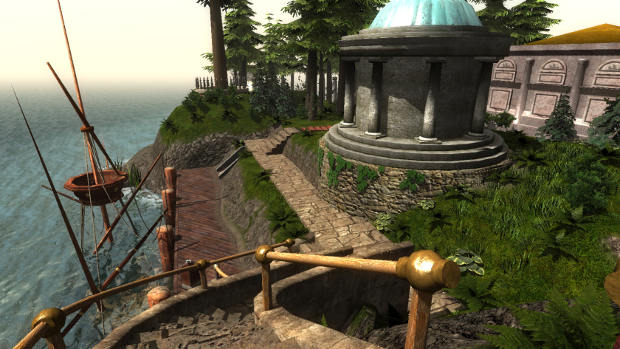 What’s all Myst then?

Myst, basically the only PC game I played until Portal, is continuing on. It’s not just developer Cyan’s recently Kickstarted adventure game Obduction. Legendary is working on a television adaptation of the game, according to Variety. Legendary hasn’t decided if it will be a traditional TV show or a digitally distributed program.

Myst‘s original creators, Rand and Robyn Miller, will be involved creatively. One step away from Quantum Break, there’s also talk of a companion game.

Kind of neat, but I feel like they’re going to fill it with, you know, dialogue and characters. Maybe try and make it a Lost clone (Lyst?). A Myst movie works if you let Nicolas Winding Refn direct it and come up with something closer to Valhalla Rising. This might be an extension of wanting Refn to direct a Shadow of the Colossus movie. David Lynch should just do it as a companion piece to the new Twin Peaks series.

Series Based on ‘Myst’ Games in Development at Legendary [Variety]