No one can ever forget the eye scene

2011 was a pretty great year for gaming. Yeah, yeah, I know what you’re thinking: everyone always says that every year. Sure, that might be true, but really, 2011 was a great year for gaming! Hell, just look at our Game of the Year nominees in 2011: Batman: Arkham City, Deus Ex: Human Revolution, The Elder Scrolls V: Skyrim, Portal 2, and Dead Space 2.

All great games, but my personal number one for that year was Dead Space 2. The original Dead Space was great, but then Visceral Games turned the dial up to 11 with the sequel, leaving an impression on me that was buried deeper than the nightmares left in Isaac Clarke’s brain.

I’ve been long overdue for a replay of Dead Space 2, so on the eve of Dead Space 3’s release, I felt like a full on replay was needed to remember what made the game so great. 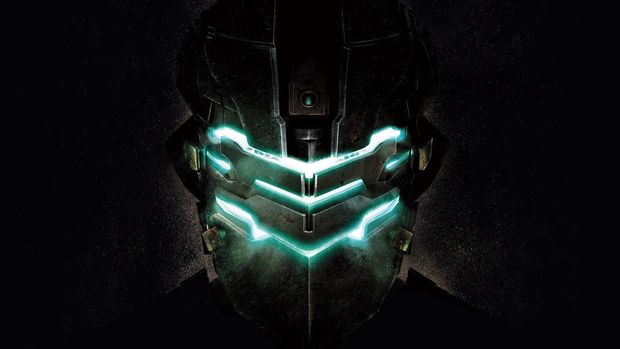 How many of you remember the shit storm people raised when Visceral revealed the new suit for Isaac? “It’s too action-y looking,” the fans cried. “WHY ARE YOU RUINING THIS GAME, EA?!”

Yeah, the new suit was in sharp contrast to the bulkier piece of armor used in the first game, but people stopped bitching really quick once they saw how awesome it actually looked in action. And while there were other suits available in the game, including the DS1 armor itself, I just stuck with the main armor. Overall not the best compared to later armor you could get, but it just looked so freaking badass. 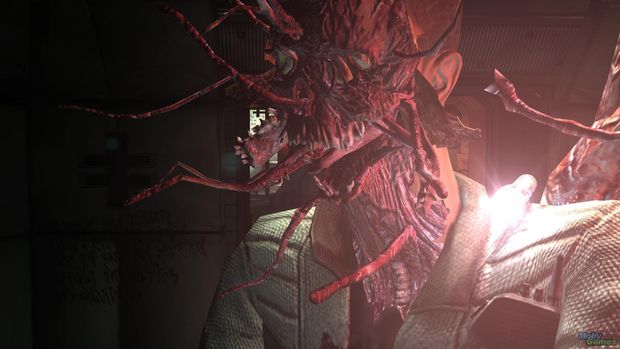 Dead Space 2 set the tone for the entire game within the first five minutes. Sure, you knew going in it was going to be a horror title filled with all sorts of deranged stuff, but the last thing I was expecting to happen within the very first five minutes was see a guy get killed, infected, and witness his face break open right in front of me, all while trapped in a straightjacket.

This moment was even more intense thanks to the fact I was wearing surround sound headphones. I’m pretty sure I yelled out a giant “OH FUCK!” but I’m not really sure what came out of my mouth thanks to the Necromorph screams tearing up my eardrum.

Granted, this is a weird thing to highlight but as someone who’s job it is to consume, process, and spit out all the media that’s sent to Destructoid on a daily basis, I have to commend EA’s efforts with Dead Space 2.

The very first trailer focusing on Isaac’s dementia set the mood, the Lullaby trailer sent chills down my spin, but the best was EA’s series of Your Mom Hates Dead Space campaign. It was very silly, but damn entertaining watching these sweet innocent ladies subjugated to pure gore. 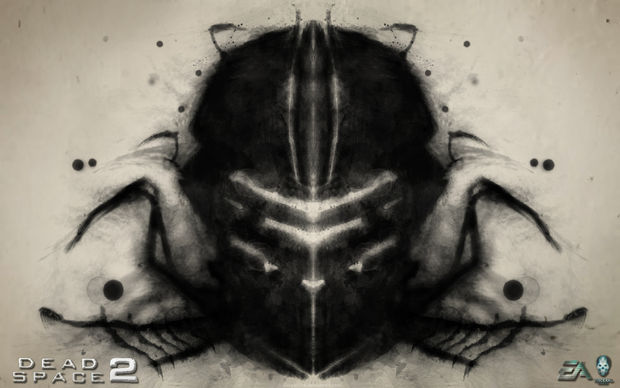 The whole aspect of Isaac loosing his mind throughout the game was very engrossing. Nicole, or rather the Marker, would make its presence known throughout the world, causing Isaac to hallucinate and even almost kill himself a few times.

But it wasn’t just the Marker alone causing Isaac to hurt himself. Isaac can’t help but feel guilty for the love of his life dying, and while it wasn’t his fault directly, Nicole may have never even been aboard the USG Ishimura had it not been for him. His journey can be applied to anyone that’s suffered a major lose in their life. Of acceptance, and of moving on with life. 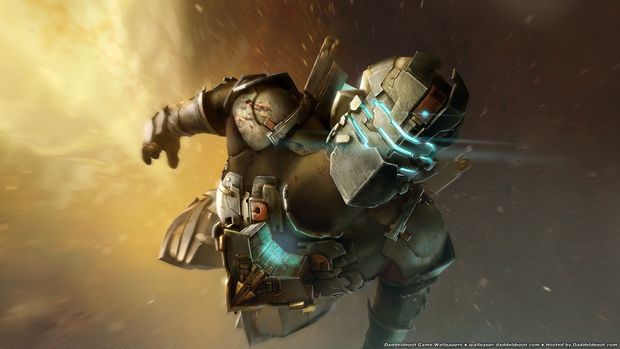 This. This is how you do it, everyone. Dead Space 2’s zero-g segments were just wonderful. The ability to freely fly around exactly where you wanted to in space felt extremely satisfying. I was dreading it thanks to games with underwater levels also having horrible controls, but it ended up being one of my favorite features in the sequel.

It made those “epic moments” all the more fun too. 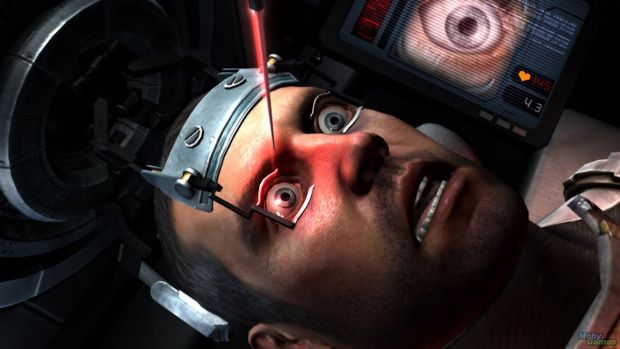 Probably one of the most memorable moments of any game ever. Towards the end of the campaign, Isaac learns the key to stopping the Marker is in his own memories. The only way for him to remember how exactly is by literally sticking a needle in his eye.

Isaac crawls into a machine, has it secure his head in place, and then it’s up to the player to guide a needle into the middle of his right eye. The closer you pull the needle in, the more freaked out Isaac gets as his heart races and his eye twitches all over the place. Failing to insert the needle results in a gruesome death, one I’m sure ALL players experienced first before succeeding. 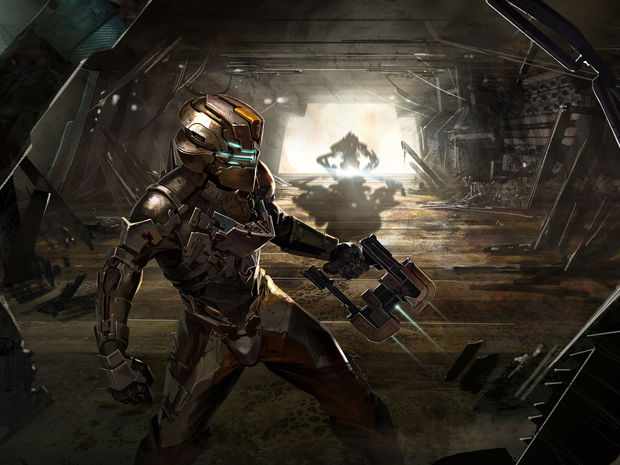 Returning to the Ishimura:

There you are, taking in the vastness of The Sprawl when all of a sudden the Ishimura is back. Marker fanatics recovered the Ishimura from Aegis VII in order to discover any new clues, and poor Isaac has to retread some old ground to progress his journey.

This entire scene was only effective had you played the original. You spend several hours in that damned ship that having to go through all those hallways again sent a different fear into your body. Exploring a new world, however scary it may be, is somewhat thrilling the first time around. It’s only after that the memories will really haunt you, and it was an eerie feeling having to go through it again.

The ship was made even more terrifying thanks to Isaac’s dementia, as surprise attacks that happened in the first game would replay again, only for you to quickly realize it just a memory. A very realistic memory. 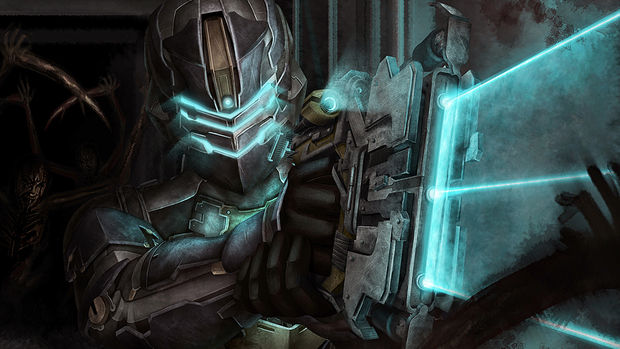 Isaac is laying battered and beaten, with two giant Javelin puncture wounds through his body, and Nicole gone for good. The hero sits down, defeated, as the entire building is collapsing around him. There’s nothing Isaac can do, there’s no escape, and he knows it. The credits play, reenforcing the expected sad ending.

And then just like that, Ellie, who we all thought was long gone and safe, blows a hole through the roof to save the day. The final epic moment plays with Isaac flying in zero-g chasing after Ellie’s ship, before finally escaping.

The pair are safely flying off in space, with the camera focused on Isaac. He’s relieved, taking in the moment, and happy for the first time in the longest time. And then you see fear and doubt creep over his face as he slowly looks over at Ellie.

“What?”, Ellie asks before the credits roll. A perfect ending for fans of the original.

Another award for best thing ever that Dead Space 2 deserves is for its ultimate bonus weapon. The foam finger gun is a one-hit-kill weapon that sees Isaac uttering “bang bang” and “pew pew pew” like a crazy man.

Extremely silly, and extremely hard to get. You have to beat the game on the hardest setting, which limits you to only three saves, and dying resets you back to your last checkpoint. But so worth it.

Haha, I’m just joking. I never ever touched it, even on my replay this past weekend. I did want to see if anyone was playing the game, but I never bothered redeeming my online pass the first time around and I was about to now.

Come on, there’s no way we were going to leave you without a compilation of all the horrible ways you can die in Dead Space 2.

Like I said, Visceral set a very high bar here and I hope they can at least match, or downright surpass it with Dead Space 3. Check out our exclusive look at how some of the new Necromorph monsters were created in the new game, and come back on February 5 at 8:00am Central to read our official Dead Space 3 review.