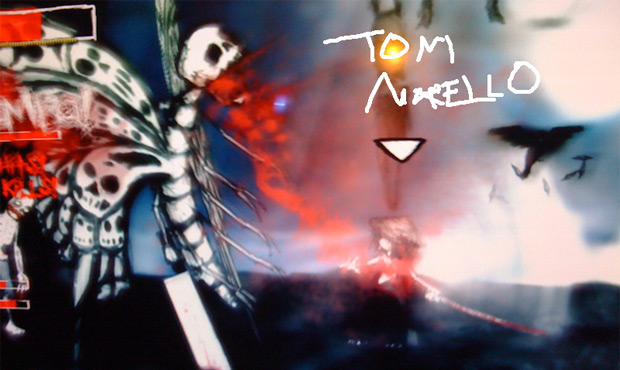 His name was Tom Morello.

Following those off-screen pictures of (what looks to be) Halo: Reach that spread across the Internet this afternoon, 1UP stumbled across a bunch of Dishwasher: Dead Samurai 2 images that have been leaked as well.

While nothing is confirmed yet and I’m obligated to say so, the Dishwasher was surely popular enough to warrant a sequel and these pictures look like the real deal. As far as I can tell, there’s going to be a sidekick cat in what may or may not be Mr. Silva’s next project.