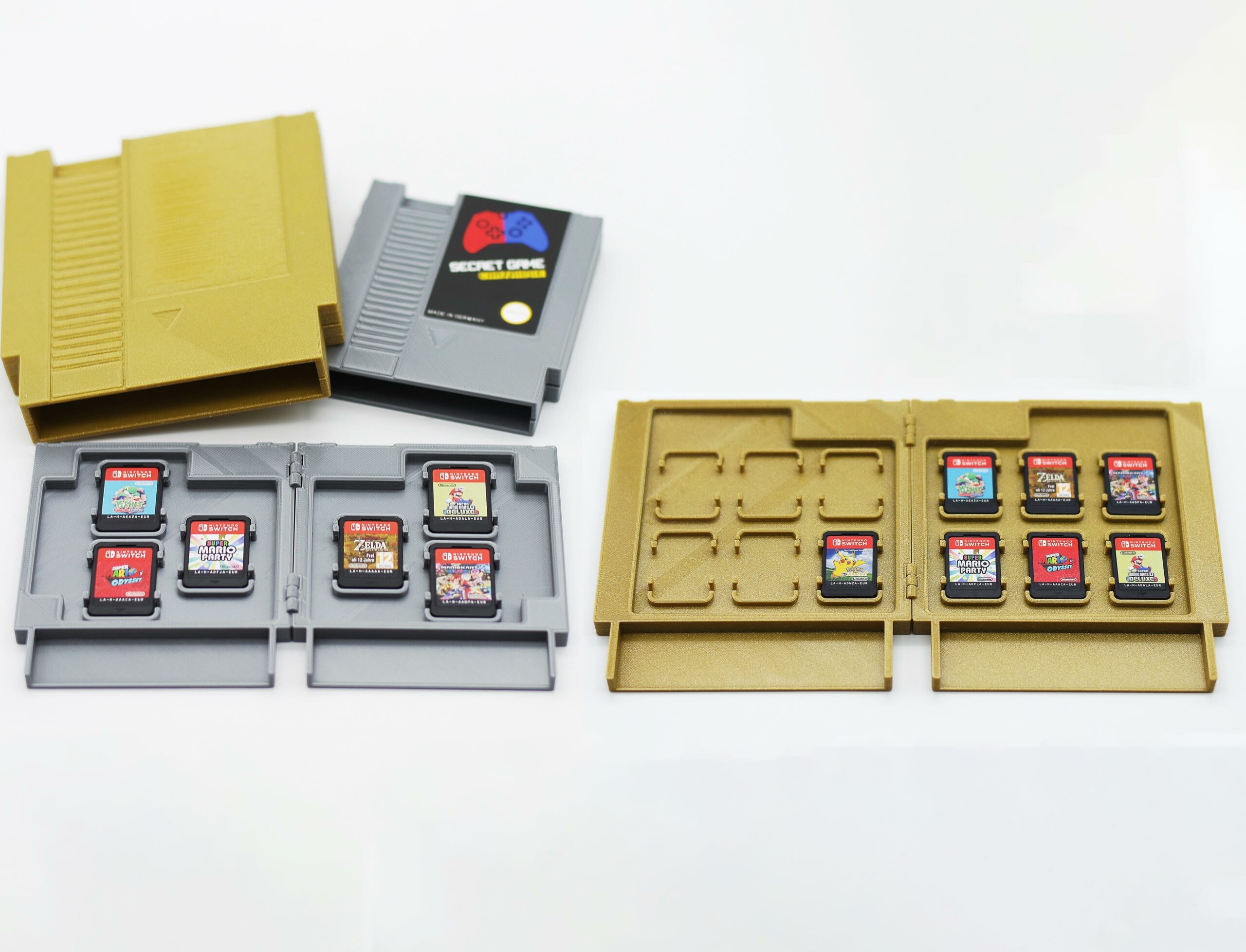 As I constantly lament the death of Club Nintendo — a place that favored actual physical merchandise over discounts for legacy systems — I’m always looking for new ways to store my current Nintendo loot. Over on reddit, nilsk89 seems to be on my wavelength.

In a post simply titled “made some retro game trays,” nilsk89 shared a few designs for Switch game cart storage, in the form of a standard gray NES cart model and a larger gold cart design. The “game trays” appear to be standard carts at first, then open up to reveal cart storage.

Its creator says that the gold cart is “close to the same size” as a real NES game, and the concept uses “embedded magnets” to allow them to close automatically. If you want to try to make them yourself: they note that they used a Prusa 3D printer for the finished product. In the very same post, a commenter shared a similar design that you can grab and print.